The claim appeared in a Facebook post with a video on August 3, 2022, under the title "Why George Soros Is Banned from His Home Country." It opened:

Why is George Soros BANNED from his home country? And why can't WE get rid of him? Jesse Kelly gets answers from Matt Palumbo!
'Actually, when he moved to America, his initial plan was to make $100 million and move back to Europe.' 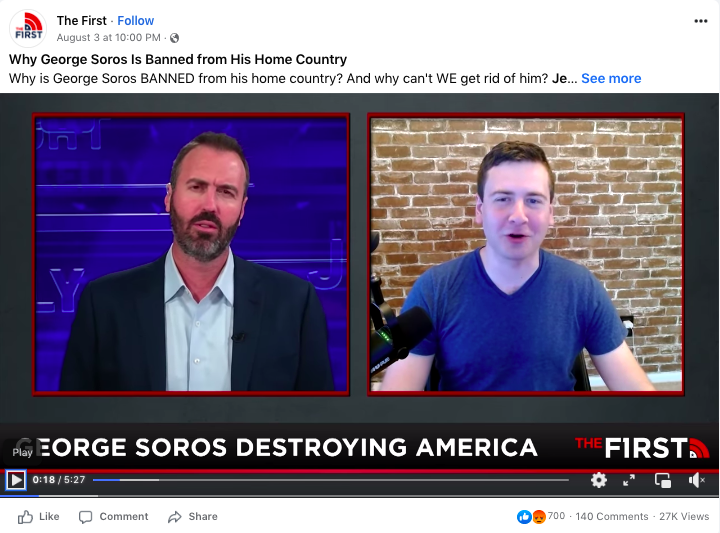 Responding to a query from Lead Stories, Jonathan Kaplan, a communications officer at the Open Society Foundations, wrote in an email on August 8, 2022:

George Soros has not been banned from any country.

Soros, a hedge fund billionaire, endowed his organization with $18 billion to promote democracy and progressive causes around the world.

While Hungarian Prime Minister Viktor Orban is not too keen on Soros, Orban has not banned him. Orban's government tried to force out a university founded by Soros but the European Court of Justice ruled against this in 2020. Hungary also named a law banning help for asylum seekers the "Stop Soros" law in 2018, after Orban accused Soros of helping Muslim migrants.

Lead Stories has debunked many false claims about or involving George Soros that can be found here.