Is an online video advertisement showing women rapidly losing weight due to wearing a piece of jewelry realistic? No, that's not true: This is a misleading ad. A bariatric surgeon who also serves as a spokesperson for The Obesity Society (TOS) told Lead Stories, "There is no scientific evidence to prove that anything you wear will help achieve any meaningful weight loss." The McGill University Office for Science and Society director told Lead Stories that this claim is "total nonsense" as there is no evidence to support the video's claims.

"It has been 3 months since I wore this bracelet and i had shake off 1/3 of my weights healthily!" See how I achieved it: https://www.flasolu.shop/.../vigorvi-thermochromic-bead... 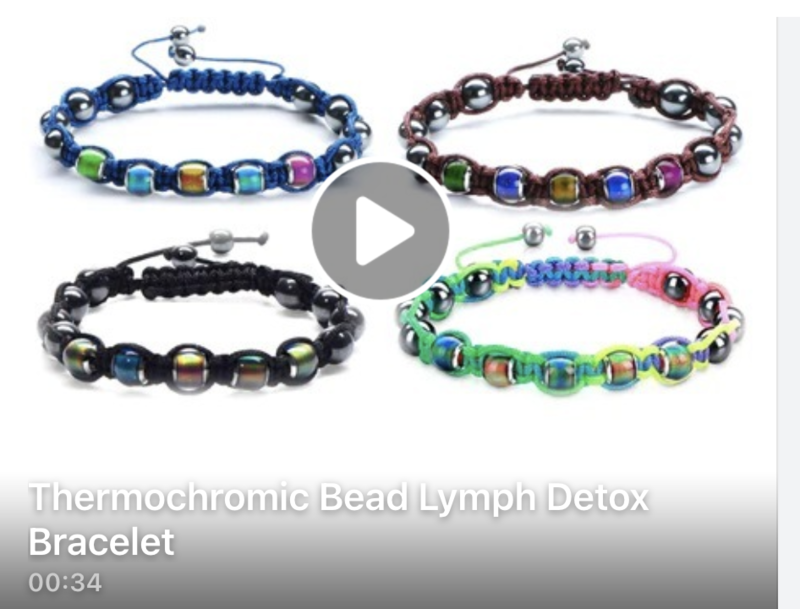 The video further implies that a person wearing the Thermochromic Bead Lymph Detox bracelet -- in the video, all were women -- would develop a high temperature that will begin "burning the fat" and reduce the lymph nodes in their body, producing rapid weight loss in a few weeks.

Lead Stories reached out to Dr. Jihad Kudsi, a spokesperson for The Obesity Society who is board-certified in obesity medicine and general surgery. He responded in an August 7, 2022, email saying that this claim is false:

Successful long term weight loss requires a healthy diet and a well thought out exercise program. Sometimes medications and/or weight loss surgeries are indicated. There is no scientific evidence to prove that anything you wear, including a magnetic bracelet, will help achieve any meaningful weight loss.

Joe Schwarcz, the director of the McGill University Office for Science and Society, which has "the mission of separating sense from nonsense," told us in an August 8, 2022, email that this claim is not accurate:

It is total nonsense. It is up to those who make a claim to furnish the evidence. They have not done that.

Michelle Cardel, associate director of the Center for Integrative Cardiovascular and Metabolic Diseases at the University of Florida College of Medicine in Gainesville, said in an August 31, 2021, article:

'There is zero evidence to suggest that magnetic rings, or similar magnetic devices, aid in weight loss ... This is magical thinking.'

Lead Stories has reached out to the BBB and will update this story if a response is received.