Did the government release classified photos of UFOs and aliens? No, that's not true: This collection of images made in a vintage "Top Secret" style, showing purported alien autopsies and UFO crash sites were produced by the designer Douglas Pledger using an artificial intelligence (AI) program called Midjourney. They are not real.

The video was originally posted on TikTok by @naturalismofyahweh2. It was reposted on Instagram on August 21, 2022, captioned only with some emojis. The text captioning on the video reads:

THE GOVERNMENT RELEASE THE PHOTOS OF THE UFOS AND ALIENS 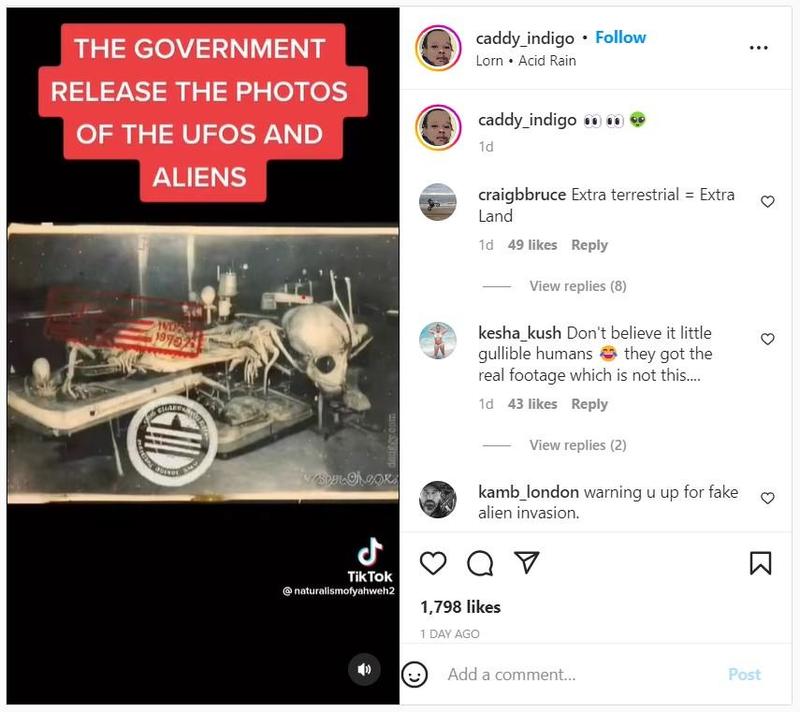 The video begins with some tense electronic music and a man shaking his head in a distressed way, as if he can't believe his eyes. The rest of the 53-second video shows a series of what appear to be old photographs. The images feature gory alien autopsies, UFO crash sites and storage hangars. The yellowed black-and-white photos appear to be cracked and stained. Some have the mark of a paper clip, and they are stamped with various official classified markings from what appears to be a government agency.

On closer inspection the difficult-to-decipher stamps, in red, black and white ink, frequently including the letters U.S., are actually gibberish. They convey the importance and authority of official stamps, but don't spell real words in English or stick to one alphabet. These are not real photos or real stamps, and they are also not real aliens and UFOs. Included among pseudo-official stamps on the images is also an artist's watermark: douggy.com.

Douglas Pledger is a commercial and freelance designer who works in both traditional and digital media. His work includes design, illustration, video and writing. Lead Stories reached out to Pledger to ask him about the series titled, "Classified UFO photos." He responded by email on August 23, 2022, to confirm that the images appearing in the video were his, and that he made them using the AI program Midjourney. The UFO images and many more of Pledger's creative AI works can be viewed on the AI page of his website as well as on his Instagram page. On his website Pledger warns:

The programme can and does create pretty stuff, I'm naturally pulled towards the weird and wonky. Please don't continue if you want to hold onto your lunch. 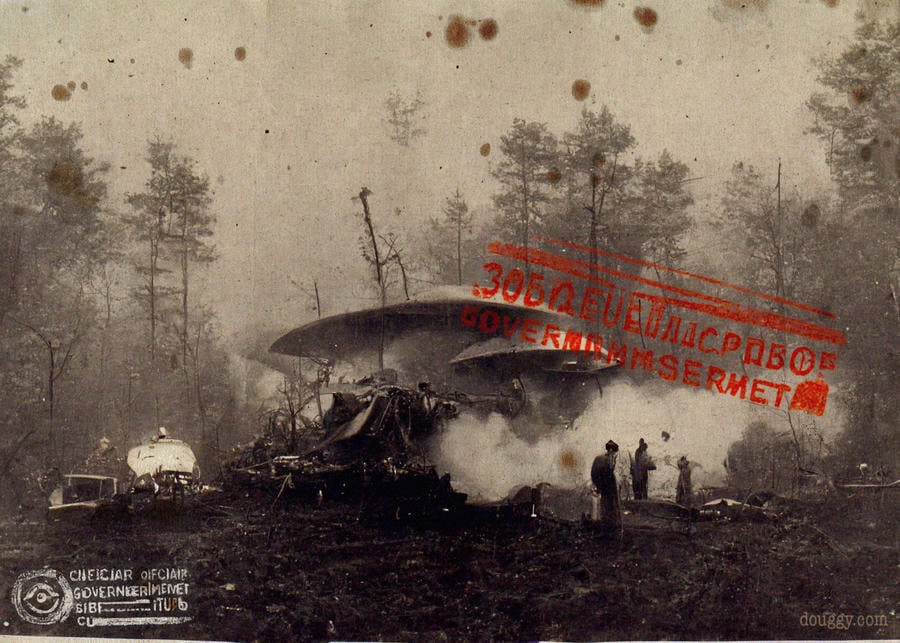 The Midjourney bot is free for anyone to try on the official Discord server, offering a limited number of images before a subscription is required. A text prompt to the AI bot directing both subject matter and style will generate an image that can be further refined and brought to a higher resolution. A community showcase on midjourney.com shows a variety of styles and subjects of the AI-created images users have shared. The homepage describes the company:

Midjourney is an independent research lab exploring new mediums of thought and expanding the imaginative powers of the human species.

We are a small self-funded team focused on design, human infrastructure, and AI. We have 11 full-time staff and an incredible set of advisors.