Did the U.S. president announce a program giving "Health Credits" to anyone making under $50,000 a year? No, that's not true: This claim does not contain any proof of the purported program, and government resources do not show any information detailing any such program as of this writing.

For years I had been overpaying for my care but now with my Health Credit I'm able to get thousands of dollars per month in care for me and my family. We're getting dental, vision, and more. Even my kids are covered! Health Credits are available at No Cost for a limited time and will run out. Spots are available on a first come first serve basis and it's completely free to check. Just click "My Credit" below to claim yours today.

The video opened with a male voice saying:

I cannot believe it. The president just announced the newest stimulus for anyone making under $50,000 per year. I got $1,400 worth of health credit for me and my wife. 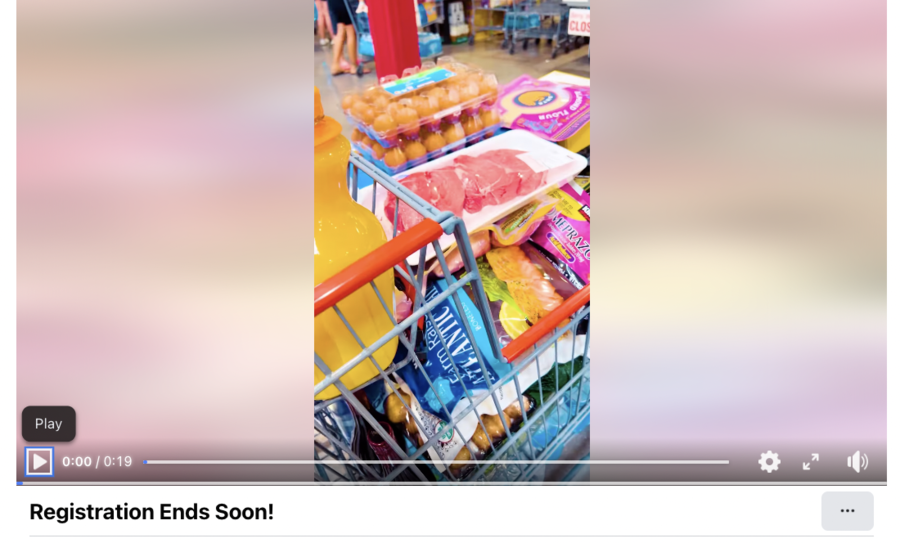 The 19-second video in the post has the male voice telling viewers to "click below to get qualified." However, neither the video nor text in the post gives any evidence to support the claim. Instead, the clip shows close-ups of various food items being put in a supermarket cart. What is meant by "health credits" is never explained.

On July 30, 2022, when the video appeared on Facebook, there was nothing in evidence-based news media or other credible websites about a new federal program involving either the supposed "health credits" program or an alleged new round of stimulus payments.

The Federal Trade Commission lists health care scams among the most frequent ones. According to the FTC website:

You see an ad on TV, telling you about a new law that requires you to get a new health care card. Maybe you get a call offering you big discounts on health insurance. Or maybe someone says they're from the government, and she needs your Medicare number to issue you a new card.

Scammers follow the headlines. When it's Medicare open season, or when health care is in the news, they go to work with a new script. Their goal? To get your Social Security number, financial information, or insurance number.

The FTC recommends that people should spend enough time doing thorough research before sharing any of the information listed above.

HealthCare.gov, a health insurance exchange place operated by the federal government, additionally points out that official announcements and communications always come from websites and emails that end in ".gov," not ".com," ".org" or anything else.