Is the United Nations "having China build thousands" of robots that could scoop up human bodies? No, that's not true: In an August 15, 2022, email to Lead Stories, Farhan Aziz Haq, deputy spokesman for the U.N. Secretary-General, said the story is false, adding that any elaboration by him would give the claim "more credence than it merits."

The claim, with a 10-second video showing what is known as a rescue robot in action, appeared in a Facebook post and video on August 8, 2022, under the title "Interesting... 🤔🤨🤯." It opened:

What or Who are they making these for???

Why is the U.N. having China build thousands of these?

The clip takes a demonstration video, showing how a rescue robot works, and casts it in a different light by playing sinister-sounding music underneath as it moves a dummy body from the ground and into the belly of the device.

There is no narration, so it's up to the viewer to interpret the message for themselves, but other videos using the same clip on social media suggest China is building a people-eating robot (here and here).

Haq dismissed the notion that the United Nations was having China build thousands of them for the international agency:

You can quote me as saying this article is false. Any further detail would give more credence than it merits. 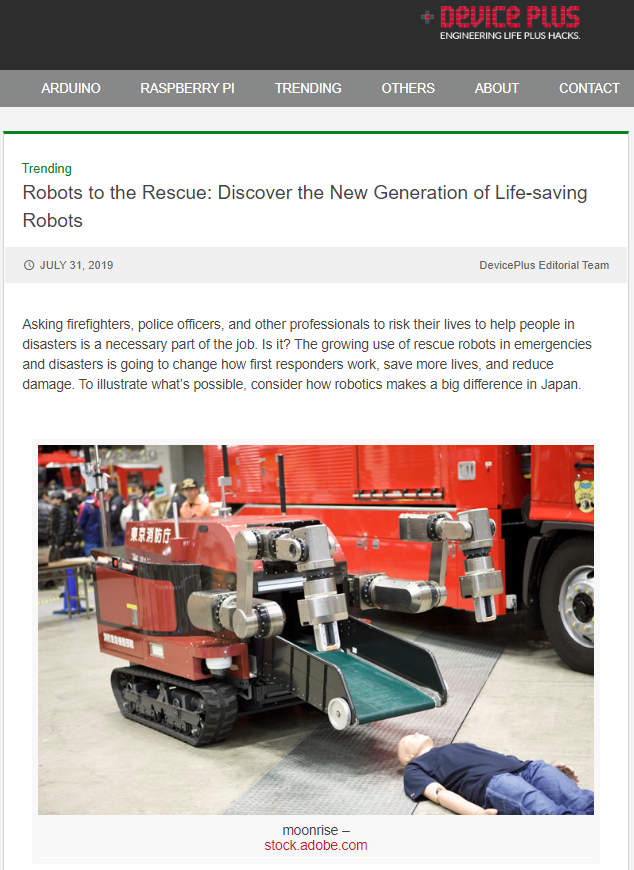 The Medgadget website featured another rescue robot of a similar design in an April 2, 2007, article:

The new Japanese unmanned rescue robot is made to scoop people off places where it might be too hazardous for trained rescuers to be. According to the manufacturer's site, the Robokiyu approaches a collapsed person, extends its metal arms to grasp the clothes, and pulls the victim to rescue. 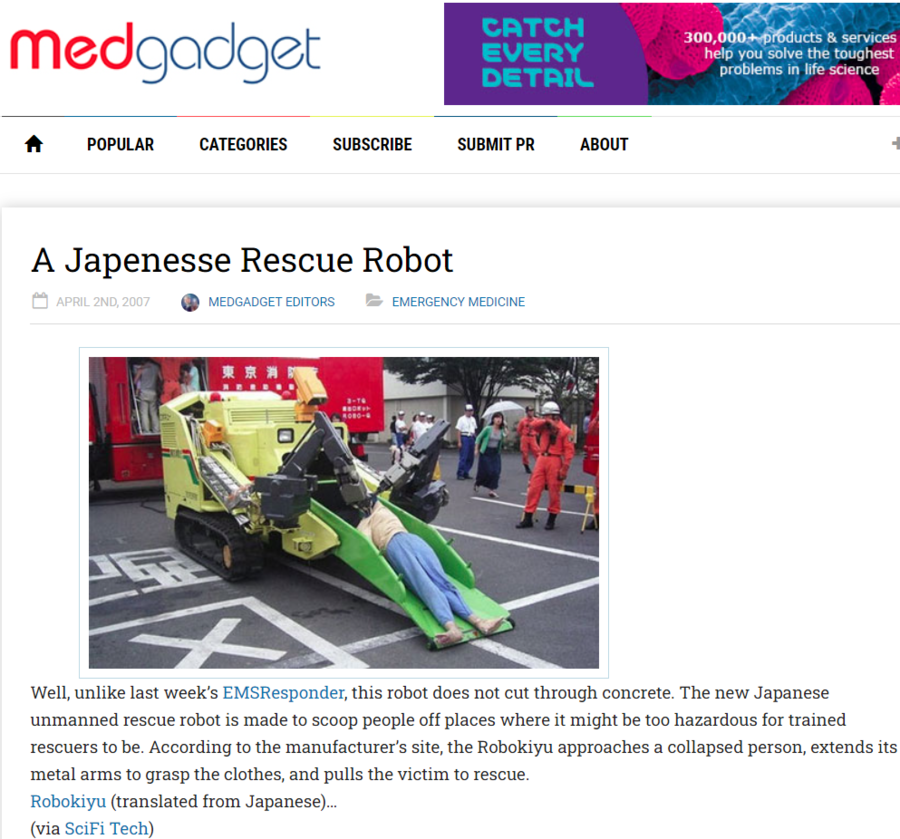