The claim appeared in a video on Facebook on August 13, 2022, with the title "Somali pirates messing with Russian Ship." It opened with footage of several people in a small boat in the open waters. 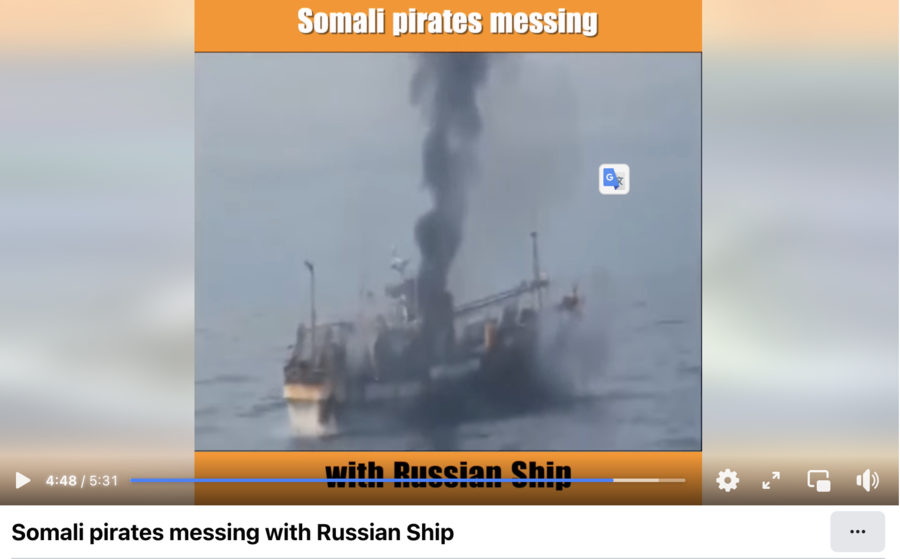 The Facebook account that posted the video describes itself as a "Gaming video creator" with the page manager locations listed as Indonesia and the United States.

There is no indication anywhere that any of the vessels shown during the 5:30 video are Russian. The video opens showing a yellow-and-black-striped small boat on the water. There is no narration, just voices speaking, natural sounds and dramatic music at the end. There is a logo from the now-defunct Spike TV network on the lower right part of the screen. In 2018 Spike TV was renamed and relaunched as the Paramount Network.

At 20 seconds into the video, a person is seen loading ammunition into a mounted automatic weapon in a helicopter over the ocean, and shots are fired into the water. This matches the footage aired in the trailer for the Spike TV show, which was titled "U.S. Navy: Pirate Hunters." Beginning at 0:14 in the trailer, a solider is seen loading bullets into a weapon from a helicopter and firing into the ocean in what appears to be the same scene. 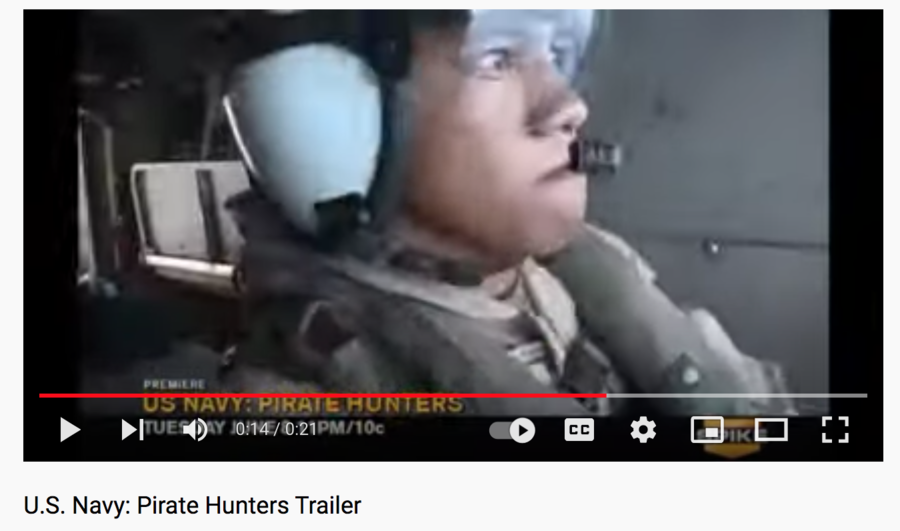 The footage from the Spike TV show is played throughout the video posted on Facebook. It shows U.S. military members in the video but not a Russian ship. From the IMDb summary of the show:

In the premiere one hour special of "U.S. Navy: Pirate Hunters", from Spike TV ... the viewer follows alongside as the film team chronicles the Navy's efforts to restore order to the turbulent waters in The Gulf of Aden off the coast of Somalia. Claiming the gulf as part of the Somalia domain, pirates take boats out and, disguised as fishermen, confront merchant shipping to steal cargo and take crews hostage for ransom demands of millions of dollars.

The footage beginning at 4:05 in the video does not show Somali pirates or a Russian boat but footage of the U.S. Coast Guard sinking a Japanese fishing boat in 2012. That video can be found on the Department of Defense website, where the caption of the boat sinking reads:

A photograph of the ship sinking from the Department of Defense can be seen here: 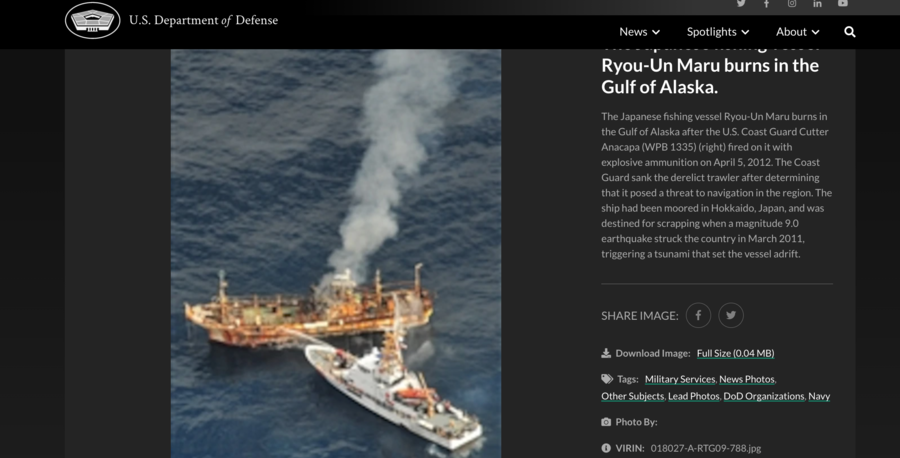