Did the World Health Organization (WHO) declare that the inability to find an intimate partner is now considered a disability? No, that's not true: A WHO representative emailed Lead Stories that "this is a false claim." It has been resurfacing on social media platforms since at least 2019.

A viral image appeared in a tweet published on July 15, 2021 (archived here). The caption is:

The tweet contained a photo of what appeared to be a July 2, 2019, Swazi Observer article titled "Failure to find sexual partner is now a disability - WHO." It began:

According to reports, in the new guidelines the World Health Organization (WHO) is set to classify a person, who is unable to find a suitable sexual partner or achieve pregnancy after 12 months or more of regular unprotected sex, as disabled. 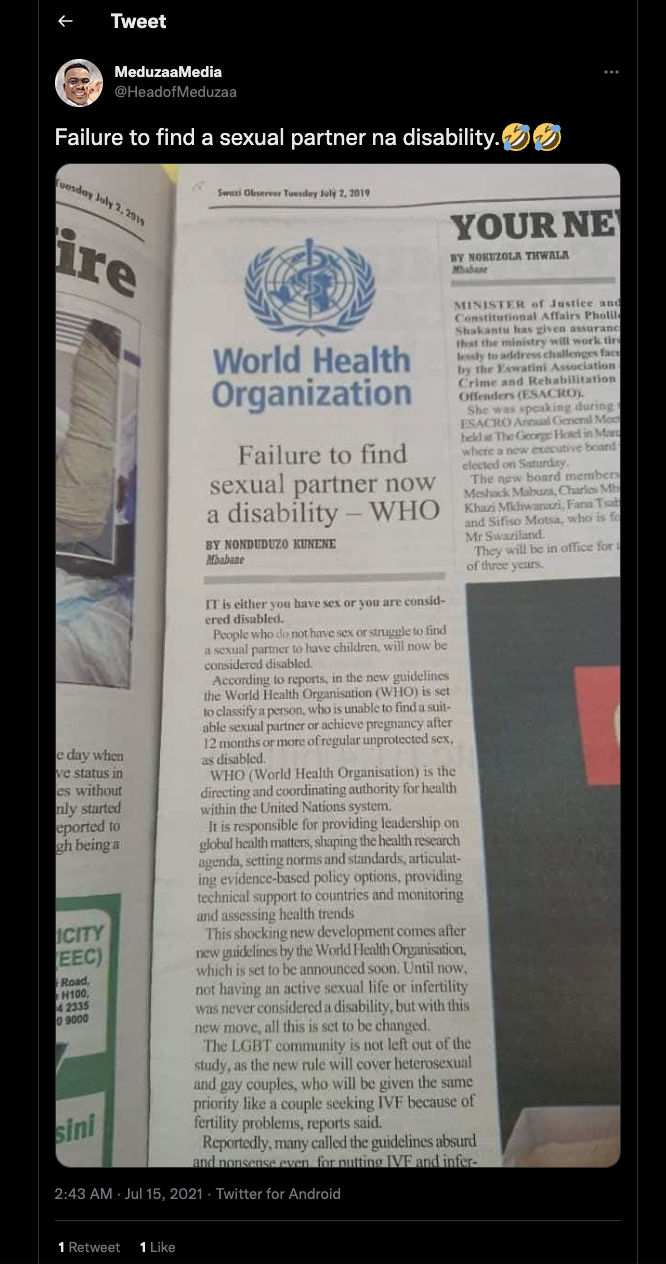 The article vaguely described the sources of the supposed news as "reports," not citing any specific person representing the WHO in an official capacity. It also blurred the boundary between a supposed possible future development ("is set to classify a person") and an enacted decision ("is now a disability.")

WHO's definition of disability includes "the interaction between individuals with a health condition" and "personal and environmental factors," which may be permanent or temporary. Its official website had no traces of a discussion about extending this definition to people who have a hard time finding sexual partners, as of August 10, 2022: 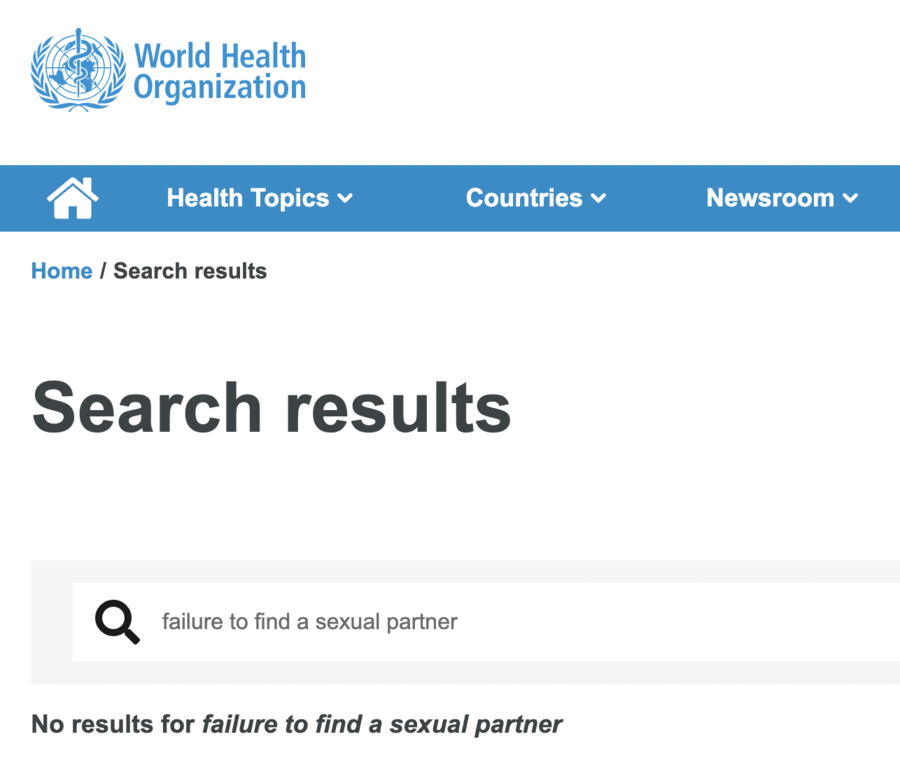 Lead Stories reached out to WHO and received an email on August 10, 2022, that said:

According to WHO, this is a false claim.

The article that the tweet appears to be reproducing does not appear on the newspaper's website (sometime between March 2019 and October 2019 it renamed itself from the Swazi Observer to the Eswatini Observer), even though older materials published under the previous name are still available.

Despite a lack of proof, the claim was widely shared on Facebook in 2019 (for example, here, here, here and here), later resurfacing on users' feeds due to newer comments and shares.