Does the United States have 1,477 deep underground military bases around the world? No, that's not true: According to a duty officer at U.S. Defense Press Operations, "That claim is not true."

The claim, which was originally on TikTok, reappeared as a Facebook post on August 5, 2022, under the title "Bet you your teachers and professors don't know and or teach about these things going on in our country. Why wouldn't this be public knowledge?" An unidentified narrator for a video with the claim says:

... ACTIVE DEEP UNDERGROUND MILITARY BASES IN THE UNITED STATES. THERE'S 1,477 OF THEM WORLDWIDE ... 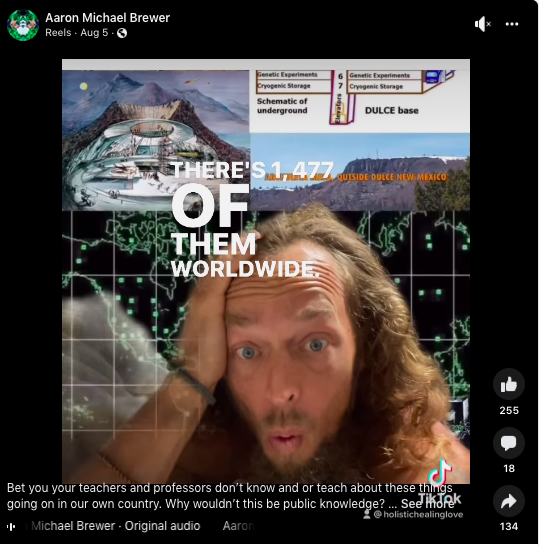 Lead Stories asked the Pentagon duty officer if there was any more information and received an email saying:

We have nothing further to add.

A senior adviser with the International Security Program at the Center for Strategic and International Studies spoke to Lead Stories on the phone on August 10, 2022.

Mark F. Cancian, a retired Marine colonel who served on active duty and in the reserves for over three decades, says there are a few military bases underground in the U.S. He has "actually been to some of these facilities."

But, he added, there are none internationally and none are connected by any kind of railway system:

There's Cheyenne Mountain and Raven Rock, sometimes called Site R and those are indeed, underground cities. I have been to Site R and it is a city inside a mountain. It is not connected underground with any other facility.

The United States has about 400 ICBM [intercontinental ballistic missile] silos, which are underground and about 40 command and control bunkers associated with those ICBMs. Those are also underground but they are not connected underground ... and they are controlled by the Air Force.