Did CNN, the New York Post or Fox News report about "Two nurses fired after being caught at work"? No, that's not true: the New York Post, CNN or Fox News never published a story with this headline. This post is designed to introduce the name of a website to an audience on social media. Similar tactics have been used to advertise other dating and hook-up sites since at least 2018.

Two nurses in Arizona were meeting young men on seekingsugars.com and having them come to the doctors office they worked at as patients. That is where multiple intimate encounters occurred... (READ MORE) 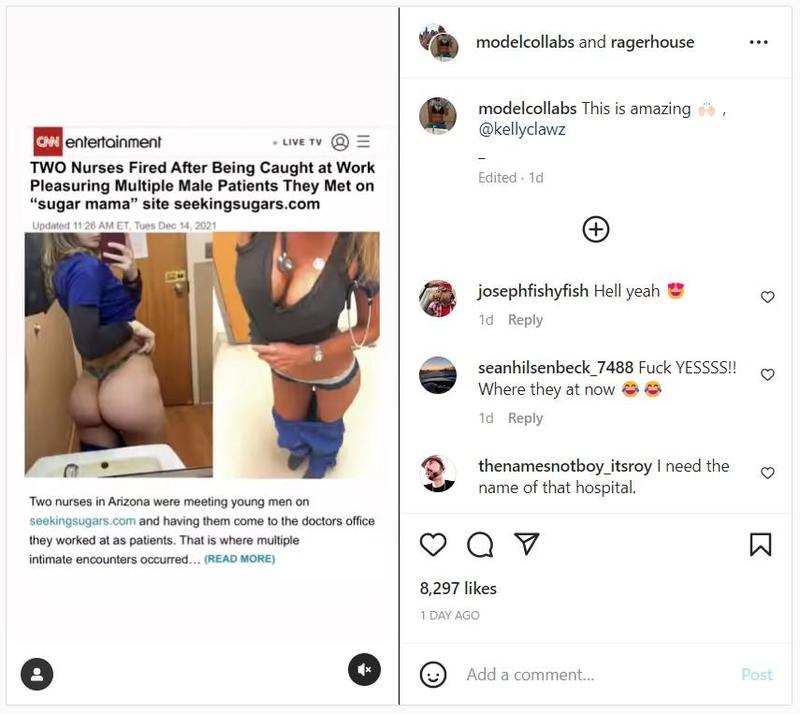 Lead Stories searched both Google and the CNN website (results pictured below) for the phrase "Two nurses fired after being caught at work" to see if this headline had been published by CNN.com. There was no record of this phrase on either site. We obtained similar results for Fox News and the New York Post. 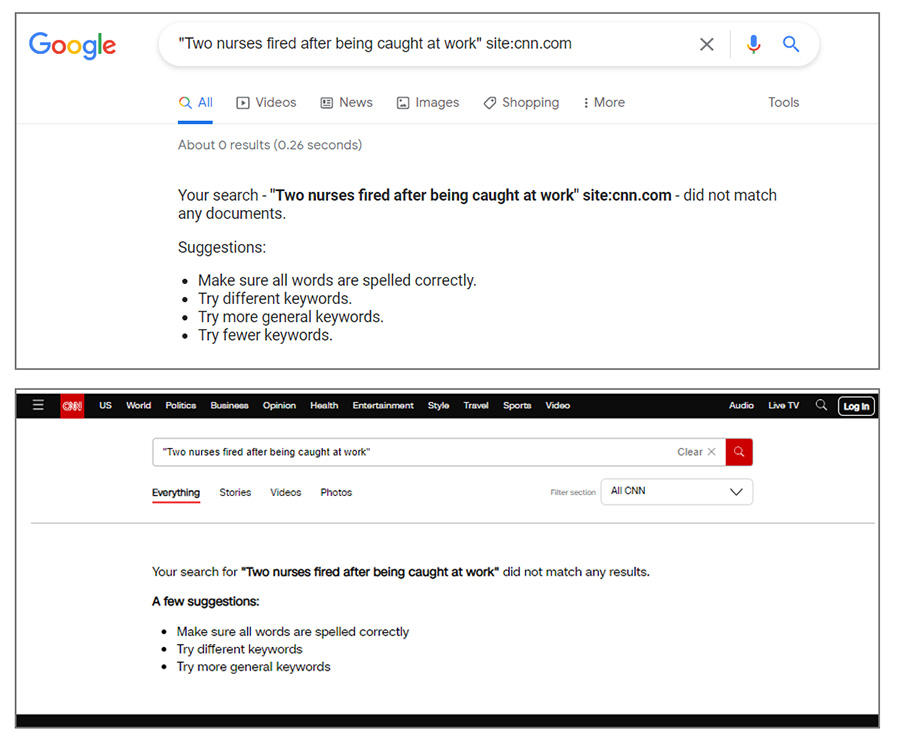 The scope of this fact check is to establish that this headline did not originate from cnn.com. An association between seekingsugars.com and dating sites featured in previous reporting has not been established or ruled out.

Lead Stories reported on a similar pattern of postings in the past that used either a meme format or a fake news story to seed the names of the dating websites among the audience.

On February 12, 2020, snopes.com published an article about the results of their extensive two-year investigation into a complex network built around deceptive dating sites. It begins with prominent Facebook influencers who were compensated for posting what have been termed "memevertizements," which included the dating websites' URLs. These "memevertizements" result in enrollments in subscription traps on a "niche dating website" that are nearly impossible to cancel. 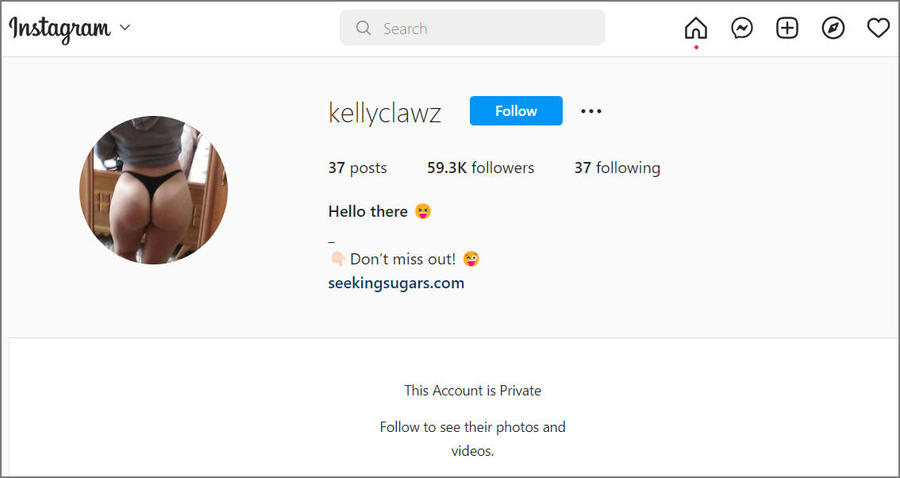