Does the U.S. $20 bill show a slave hanging from the White House? No, that's not true: The image on the bill in a social media video is of a lantern that hangs in the North Portico of the White House.

The claim appeared in a video (archived here) on Facebook on August 31, 2022. It opened: 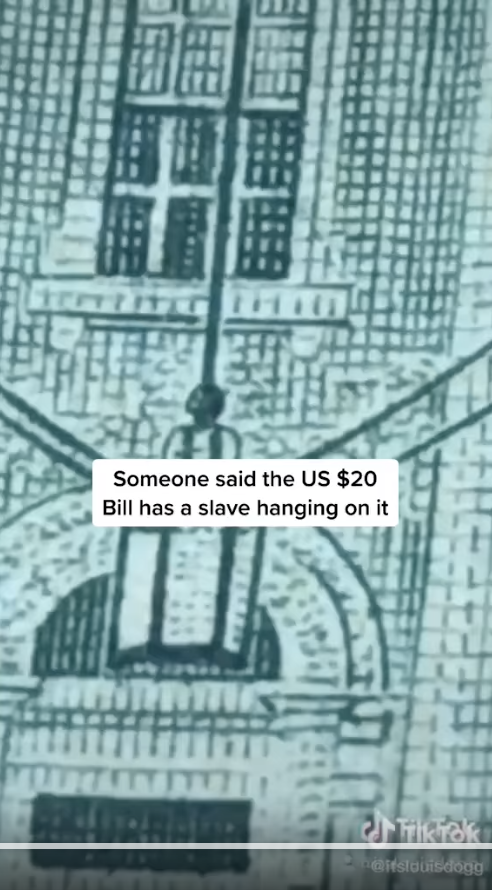 The 15-second video shows a closeup of the back of the $20 bill and zooms in on the lantern that hangs in the North Portico of the White House. The caption reads, "Someone said the US $20 Bill has a slave hanging on it."

As of September 2022, the image on the back of the $20 bill depicts the White House and, instead of the "slave hanging on it," a lantern that was added to the entrance in 1902.

The US Currency Education Program website shows an enlarged image of the back of the bill, where the lantern is clearly visible. It does not show an image of a slave: 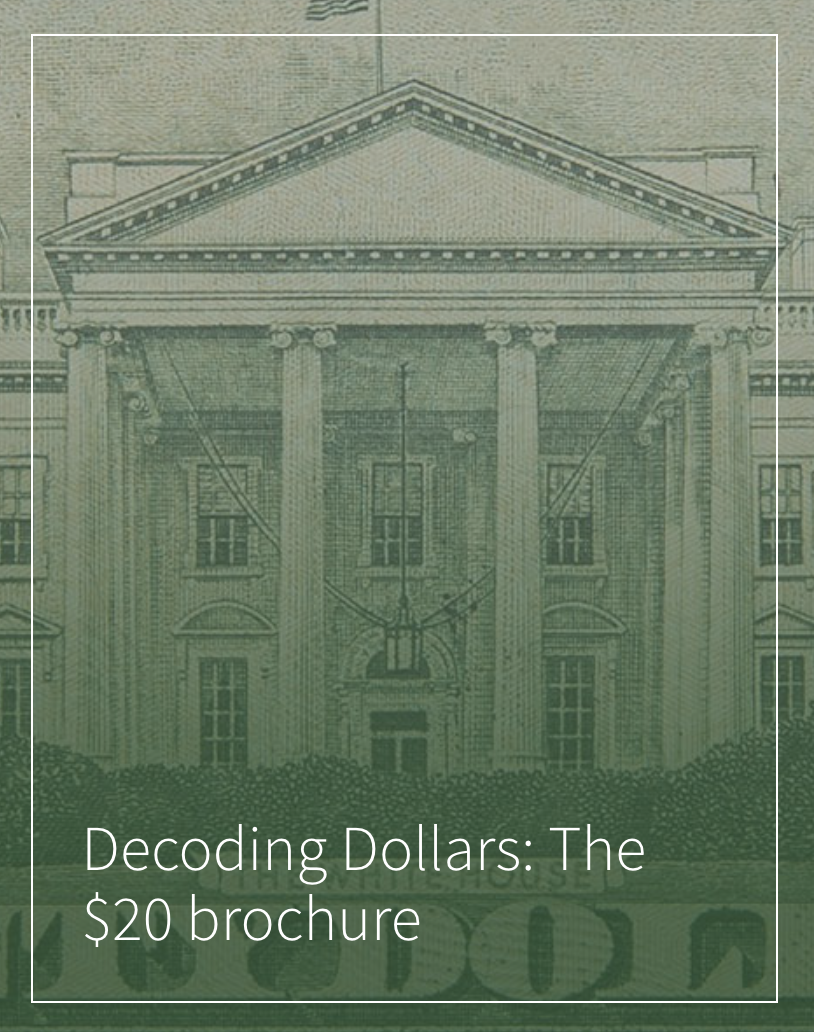 The White House Historical Association explains the history of the lantern on its website in a post titled Lighting the White House:

Another well-known Caldwell light fixture, added to the White House North Portico in 1902, is a distinctive wrought iron and glass lantern. It hangs serenely under the floodlit North Portico and creates the glowing backdrop for the nightly televised news reports of White House correspondents.