Does this video show an Irish dance group celebrating the death of Queen Elizabeth by dancing to "Another One Bites The Dust" outside Buckingham Palace? No, that's not true: The video was posted more than seven months before her death and appears to have been an homage to the queen, who was alive and well at the time. The group, Cairde, titled it "Dancing to 'Queen' for the Queen Buckingham Palace" on its Twitter account. Several social media users used that non-contemporaneous video for commentary on September 8, 2022, the day the queen's death was announced.

The repurposed video was used on several posts, including a September 8, 2022, tweet on the @angryblacklady account. It was captioned:

The queen died and the Irish are already on it lol 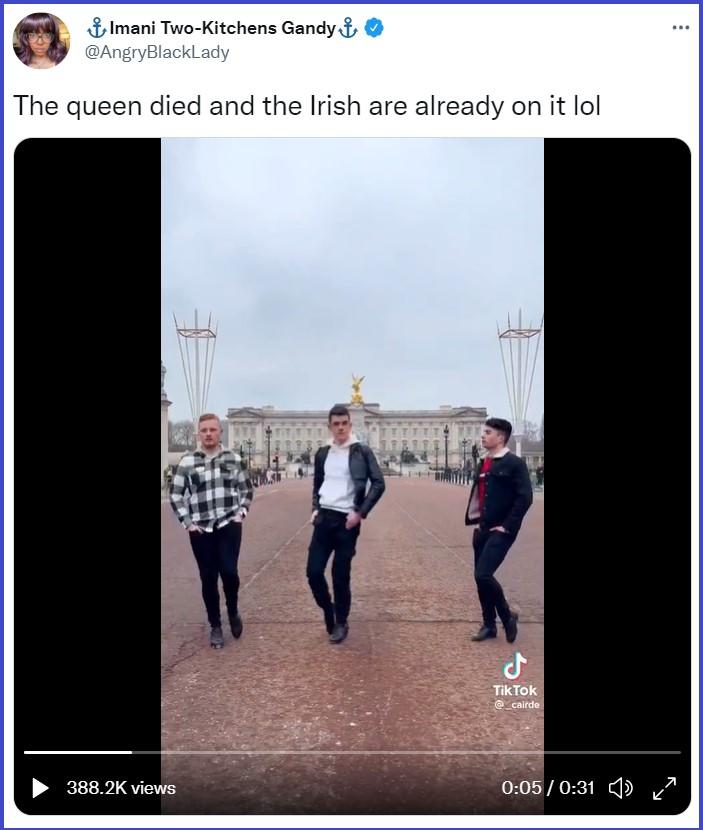 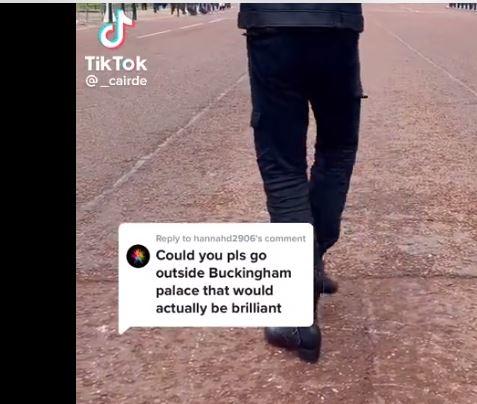 Fact checkers at the Associated Press were first to spot Cairde's video had been posted long before the queen's death. That original is embedded below:

Dancing to 'Queen' for the Queen

Lead Stories wrote to Cairde at its website, seeking comment, and will update this fact check, as appropriate, when Cairde replies.

The mashup of Cairde's video was one of several memes and videos circulating immediately after the queen's death in which Irish social media posters trolled loyalists to the English crown, a symbol of British imperialism during 30 years of sectarian violence, The Troubles. That was focused in Northern Ireland and mainland Britain, ending in 1998.