Does a video show a convoy of Chinese military vehicles crossing the Russian border into Ukraine in mid-September 2022? No, that's not true: There were no reports of Chinese military troops or vehicles in Ukraine when the claim was posted. This video dates back to at least August 29, 2022, a date that coincides with the timing of Vostok-2022, a multinational military exercise that took place in several locations in Russia from September 1- 7, 2022. The Russian license plates on the civilian vehicles in the video point to this having been filmed in the eastern region of Russia, Primorsky Krai, which borders China and North Korea and is about 6,000 miles from the border of Ukraine. The license plates are not Ukrainian.

The earliest edition of this video Lead Stories located was posted on YouTube on August 29, 2022 and entitled "НОАК примет участие в сухопутных учениях 'Восток - 2022'" translated, "PLA to take part in Vostok-2022 land exercises" Other copies of the video were posted weeks later with captions suggesting that this convoy was entering Ukraine. One example posted on Facebook on September 18, 2022 is captioned and titled:

There is no evidence to support the claim that a convoy of Chinese military vehicles has crossed the border into Ukraine. Twenty days passed between when this video was posted on YouTube and when it was posted on Facebook with the claim that this convoy is entering Ukraine. The absence of corroborating reports on what would be a noteworthy event in the Russia-Ukraine war indicates this claim is baseless.

The title of the August 29, 2022 YouTube video identified this convoy as part of the Vostok-2022 joint military exercises. The caption of the video references an August 17, 2022 press release from the Ministry of Defense of the People's Republic of China. Translated by Google, it reads:

According to the annual cooperation plan between the Chinese and Russian militaries and the consensus of the two sides, the Chinese People's Liberation Army will send some troops to Russia to participate in the "Vostok-2022" exercise in the near future. India, Belarus, Tajikistan, Mongolia and other countries will also participate.

The Chinese side sent personnel to participate in this exercise, which aims to deepen pragmatic and friendly cooperation with the militaries of participating countries, enhance the level of strategic coordination of all participating parties, and enhance the ability to deal with various security threats, which has nothing to do with the current international and regional situation.

The quality of the video is grainy, but every vehicle in the convoy does appear to have the flag of the People's Republic of China painted on the side. One tanker (pictured below) appears to have Chinese characters on the side. 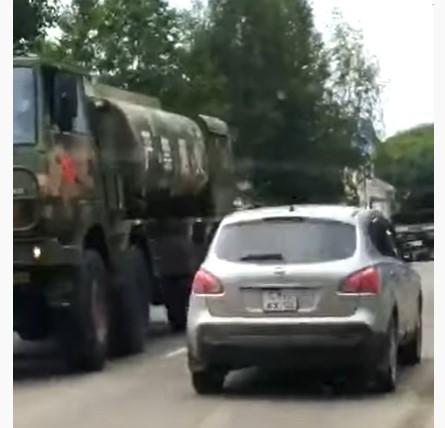 It is possible to see the license plates of vehicles that are driving in the opposite direction. Although the poor video quality makes the license plates difficult to read, they appear to match the color and format of Russian license plates. They do not match Ukrainian plates, which have the blue-and-yellow colors of the flag of Ukraine on the left side.

Below is a composite image of the plates of the five vehicles that passed. Four of the five appear to have the number 25 or 125 on the right-hand side. This portion of the plate is dedicated to a regional code number, and, like telephone area codes, some regions have more than one. The numbers 25 and 125 are the codes for the region Primorsky Krai.

Primorsky Krai's administrative center, Vladivostok, is situated less than 90 miles from the borders of both North Korea and China. One plate appears to have the Altai Krai region code, 22. Located northeast of Kazakhstan, Alta Krai is over 1,846 miles from Ukraine. 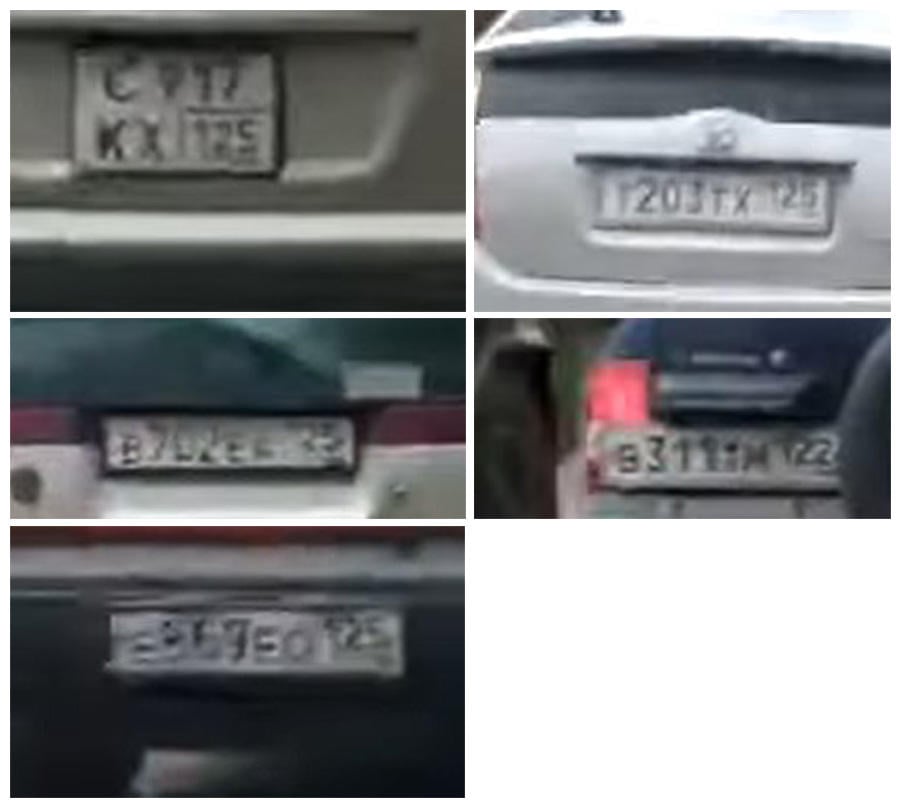 To gain perspective on just how far Primorsky Krai, Russia -- where this video was likely filmed -- is from the border of Ukraine, Lead Stories used the iPhone Maps app to request a route from Vladivostok, Russia, to Hoptivka, Ukraine, a village near Kharkiv that is a few miles from the Russian border. The road distance is almost 6,000 miles or 114 hours of driving. 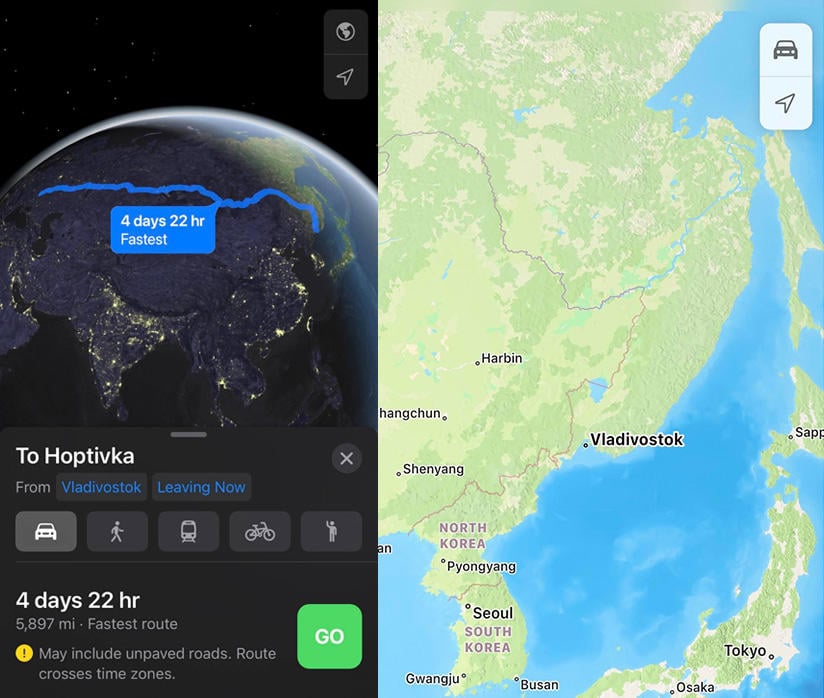 Additional Lead Stories fact checks related to the war in Ukraine can be found here.