STARLINK is NOT in SPACE!!!
When you start to research everything including satellites and NASA. You find out it is all FAKE!!!! 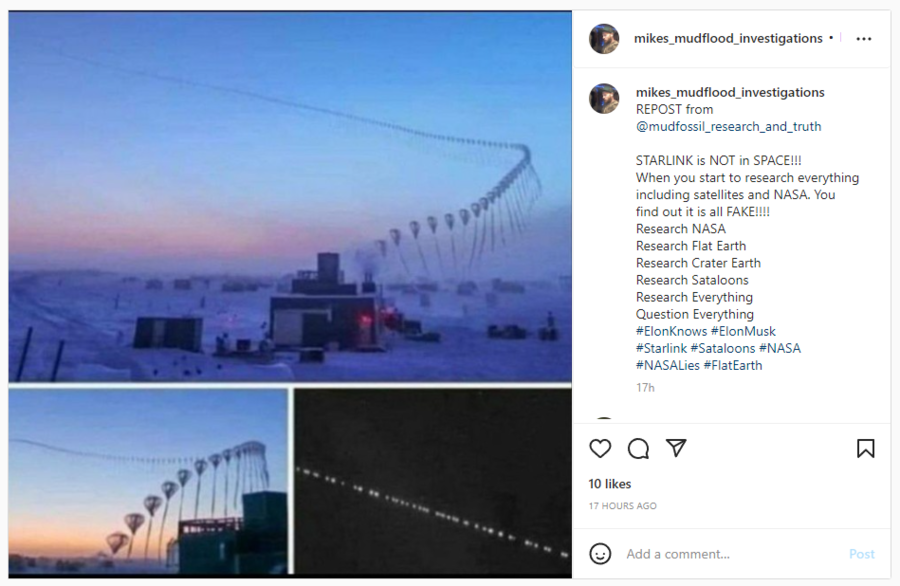 Starlink is a satellite internet constellation operated by SpaceX. It is not a series of balloons floating near the ground on Earth. It is "high-speed, low-latency broadband internet in remote and rural locations across the globe," according to the website. The latest Starlink launch took place on October 20, 2022, per the website and a video posted on the SpaceX YouTube channel:

The top image on the Instagram post appears to be the same image as one on an Antarctic-Adventures website that shares updates from the South Pole, posted in 2017. This photo is under the date 07-09-17 and the caption with the photos says, in part, "Here is a picture of yesterday's balloon launch": 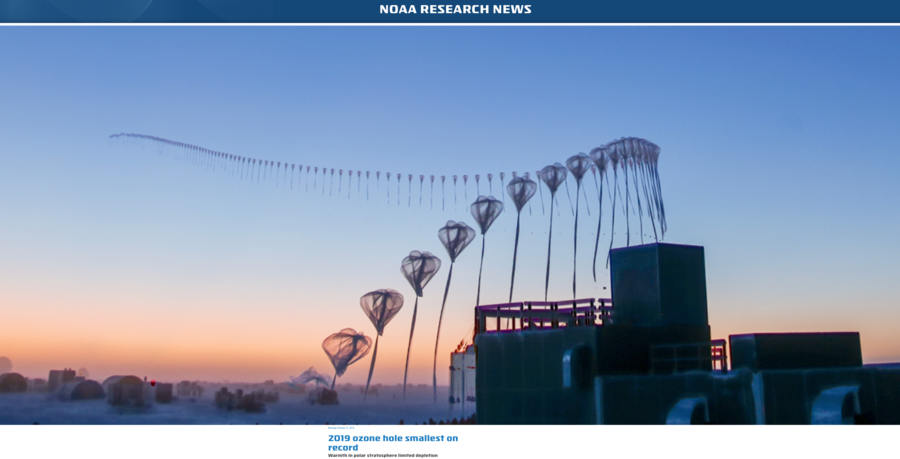 The image on the bottom right of the post that is black with white dots is a still image of a video posted on The New York Times in 2019. The caption read:

A constellation of Starlink satellites seen in the night sky over the Netherlands, nearly 24 hours after being launched by SpaceX in May 2019. By Marco Langbroek Via Reuters 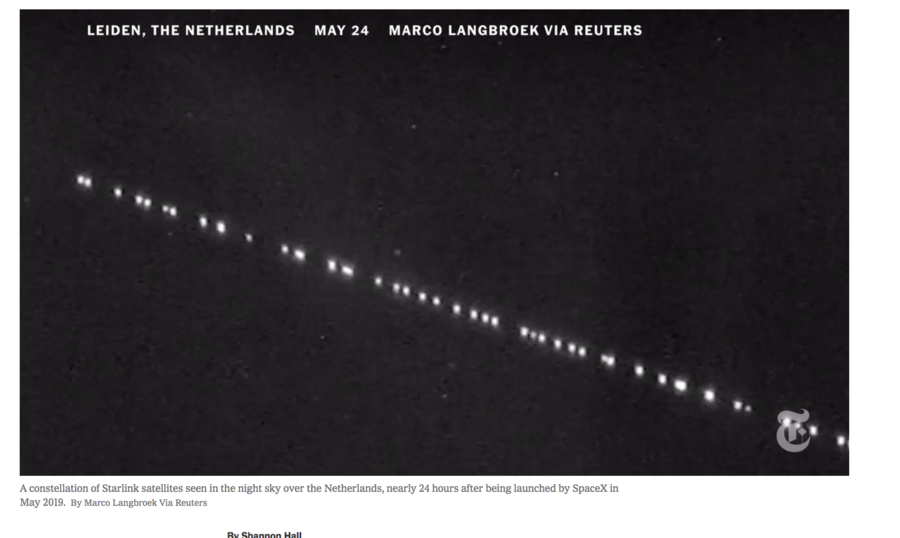 The caption on the post claims: "When you start to research everything including satellites and NASA. You find out it is all FAKE!!!!" Lead Stories debunked the myth that satellites are not real here.

NASA spokesperson Dan Hout previously told Lead Stories that since the launching of SpaceX's Starlink satellites, they are easily observable from Earth:

You can see satellites from Earth. Most are too small and don't reflect enough light to be seen with the naked eye but there are exceptions. The International Space Station is easily viewed with no assistance from the ground but it is exponentially larger than a normal communications satellite and has enormous reflective solar arrays. Since the launching of SpaceX's Starlink satellites, it's common to see images from ground based observers of them reflecting light in a line shortly after arriving on orbit before they reposition.

The caption uses the hashtag #FlatEarth, a reference to the Flat Earth Society conspiracy theory that posits the Earth is flat. It is not.