Did President Joe Biden's term start immediately after the 2020 election was called, thus influencing Donald Trump's decision to announce a second presidential bid for 2024? No, that's not true: Biden was not formally sworn into office until the presidential inauguration on January 20, 2021, as the Constitution mandates. The 2020 presidential election was certified on January 7, 2021, after being delayed by the U.S. Capitol insurrection on the preceding day.

The claim emerged on November 7, 2022 in a post shared on Scored, a thread-based ranking platform akin to Reddit, on the self-described "pro-Q" (an apparent reference to QAnon) page,
The Great Awakening United World Wide (archived here). A screenshot of the post was later shared on Instagram that same day. It read, in part:

A little confusing but it's still Simple Maths!! Don't hate on some of the errors if there are any 😂😂, instead try to understand the why rather than my typos or something

Trump was elected a 4 year term

Last states were certified some week or two later (I believe Wisconsin or Michigan, Georgia, and Pennsylvania were the states in Limbo) so let's push the 'confirmed win' out a couple of weeks from Election Night. (This couple weeks will be important later)

If Trump were to announce tonight that he would be running in 2024, then that would be under the 2 year mark from where Biden was 'confirmed winner'.

BUT, if Trump announces it LATER, then that would fall OVER that 2 year mark, thus ALLOWING Trump to potentially finish these remaining less than 2 years AND be technically allowed to run again.

Below is a screenshot of the Scored post as it appeared in its entirety at the time of this fact check's writing: 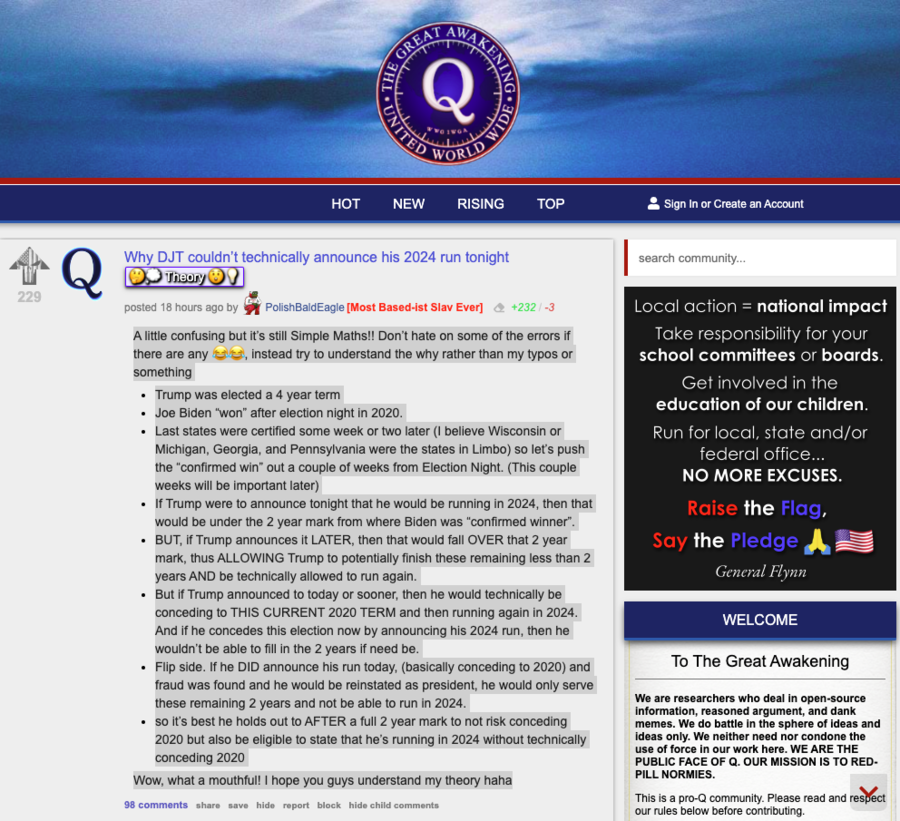 This claim is not about how presidential elections are conducted. Biden was not granted presidential powers in any capacity until his term officially started on January 20, 2021.

The general election was held on November 3, 2020, and, as is common, the results were not formally declared on Election Day. Each state has its own set of rules for how elections are run in its state. This means that it can take weeks for a state to certify a winner.

Below, Lead Stories compiled a general timeline of the 2020 election and certification of its results, as recorded by the National Archives and Records Administration (NARA).

Presidential term limits are codified in the 22nd Amendment of the Constitution, which clearly states in Section 1:

Section 2 of the 20th Amendment clearly defines the end of a presidential term:

In the event that Biden was removed from office or no longer able to fulfill his term, Trump would not be entitled to claim the presidency, according to the 25th Amendment:

Section 1. In case of the removal of the President from office or of his death or resignation, the Vice President shall become President.

Section 2. Whenever there is a vacancy in the office of the Vice President, the President shall nominate a Vice President who shall take office upon confirmation by a majority vote of both Houses of Congress.

The next general election in which the U.S. will elect the 47th president, will be held on November 5, 2024. The president-elect will formally take office during the inauguration, which is scheduled for January 20, 2025.