Were Dominion Voting System tabulators the machines that caused problems in Maricopa County, Arizona on Election Day, November 8, 2022? No, that's not true: "Runbeck is our printer vendor," Maricopa County Elections Department Communications Director Megan Gilberston told Lead Stories. "It was not the Dominion Voting System tabulators." Runbeck Election Services, Inc.'s spokesperson confirmed to Lead Stories that it had sold Maricopa County the printer system that malfunctioned during the 2022 general election and the ballot-on-demand technology that prints out a ballot for each voter.

#MaricopaCounty #Arizona NO, this is NOT NORMAL -- no more DOMINION anything please! 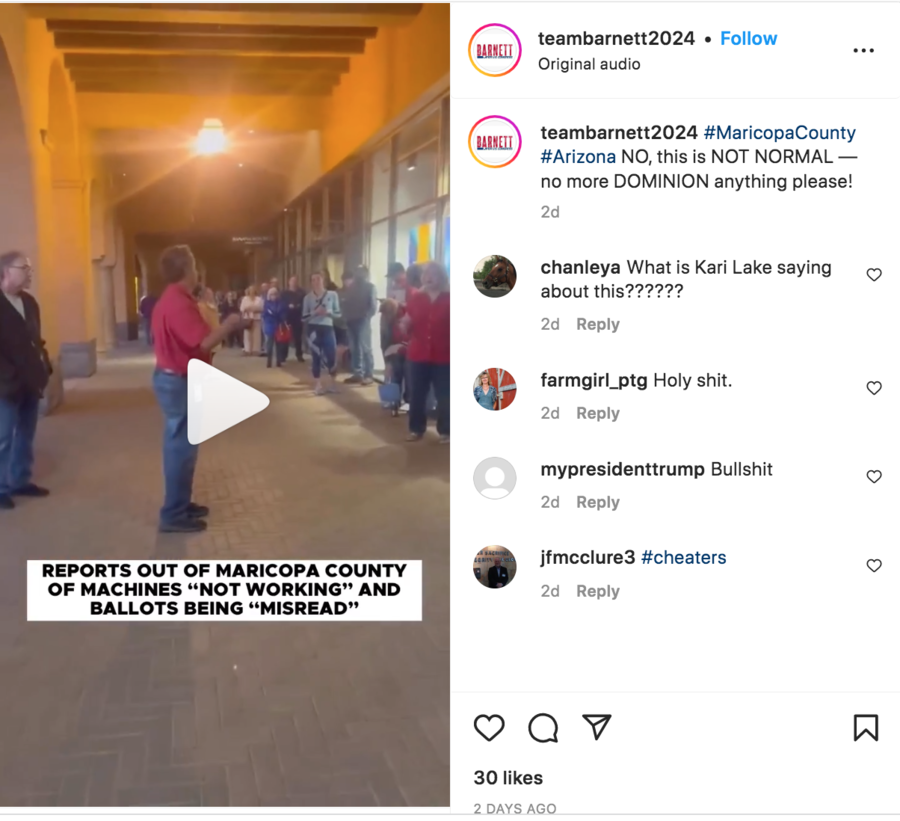 Election officials in Maricopa County announced early on November 8, 2022, that they were having trouble with some of their tabulators, as Lead Stories reported here. The video posted on Instagram shows a poll worker at the Anthem Outlets informing voters in line that the tabulators were not working properly, but he did not say that the tabulator was a Dominion Voting System tabulator. He explained:

So, when it's misread, you have an option to put it into what's called box 3, and it gets read. Whether it goes downtown and gets read manually or whether it gets re-fed into our tabulators, they get read.

In a video posted on Maricopa County's verified Twitter account, Bill Gates, chairman of the Maricopa County Board of Supervisors, addressed the problem, but did not say the machines were from Dominion Voting Systems:

Here is a message from Chairman Bill Gates and Recorder Stephen Richer with an update for @maricopacounty voters on Elections Day. pic.twitter.com/OkQczCklGb

Hours later, the Maricopa County Elections Department explained that the error was with the printer settings for the "tabulations issues," but did not identify to which machines they were referring:

@maricopavote has identified the solution for the tabulation issues at about 60 Vote Centers. County technicians have changed the printer settings, which seems to have resolved this issue. It appears some of the printers were not producing dark enough timing marks on ballots. 1/

Dominion Voting machines were not malfunctioning in Maricopa County on Election Day. Runbeck Election Services, an Arizona based company, provided Maricopa County with the printers and the technology that experienced problems processing ballots.

We purchase Lexmark and Oki printers from them and the ballot-on-demand technology. Both printers were purchased in consultation with Runbeck, and that includes the software, firmware, and the retrofitting to turn the commercial off-the-shelf printers into ballot-on-demand printers.

"It was not the Dominion Voting System tabulators," Gilbertson confirmed. She explained that Runbeck does not make the machines, "but they sell them as a package and we retrofit them and work with them. It's all in partnership to turn them into ballot-on-demand printers."

Runbeck confirmed to Lead Stories via email on November 11, 2022, that the company did provide the printers and ballot-on-demand technology to Maricopa County, but said they use "Lexmark printers for Ballot on Demand."

"Dominion does not provide ballot printing equipment in Maricopa County," a Dominion spokesperson told Lead Stories via email on November 11, 2022.

Here is the image of the "integrated software and hardware" from the Runbeck website: 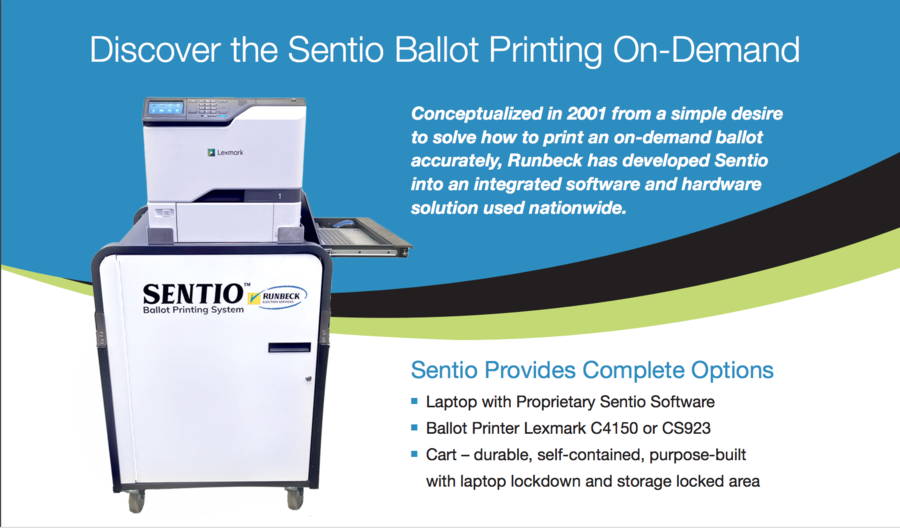