Is Russia "the first country to break the Antarctic Treaty"? No, that's not true: Russia neither broke away from the agreement nor violated it. As of November 17, 2022, no credible sources -- including other treaty members, the International Court of Justice, international law experts or major media organizations -- had reported that Russia had not fulfilled its treaty obligations in Antarctica.

The claim appeared in a post published on Instagram on November 16, 2022 (a copy of the video can also be found on TikTok). The caption said:

You guys hear about what Russia did all over TikTok? Check out this TikTok video. Russia is the first country to break this Antarctic Treaty that all countries that supposedly go to war together all the time, don't agree on all kinds of things. But all countries agreed not to touch Antarctica. Until now.

Here is what the video looked like at the time of the writing of this fact check: 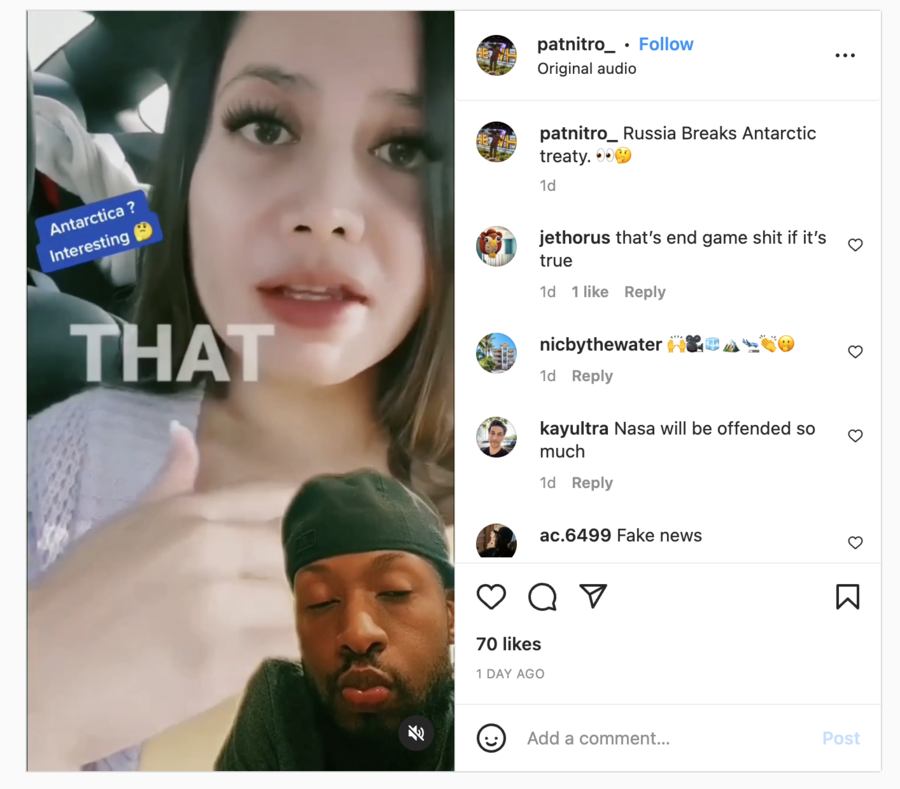 The post referenced another Instagram entry that made a claim about a supposedly hidden civilization in Antarctica. Lead Stories already debunked a version of that claim.

The Antarctic Treaty is an international agreement that 12 countries, including the Soviet Union and the United States, originally signed in 1959. The two countries entered the agreement with "a basis of claim," while seven others had made explicit territorial claims before signing the treaty. However, all participants agreed to maintain the status quo by avoiding any military activities on the continent, especially concerning territorial claims, and using Antarctica only for scientific research. Thus, the document is regarded as "the first arms control agreement of the Cold War."

Article I of the Antarctic Treaty says:

Antarctica shall be used for peaceful purposes only.

Article VI explicitly protects the neutral status of the continent:

The agreement additionally emphasizes the transparency of any research conducted in Antarctica and mandates that participants' stations be open for inspections.

Over the years, the total number of treaty signatories reached 54.

After the dissolution of the Soviet Union in 1991, Russia took on its international treaty obligations. As of this writing, Russia is still listed as a party to the Antarctic Treaty.

Replying to a Lead Stories inquiry by email on November 17, 2022, one academic observer from Australia for the 2017 Antarctic Treaty Consultative Meeting, Tim Stephens, a professor of international law at the University of Sydney Law School, said:

So far as I am aware, the Russian Federation has not violated the 1959 Antarctic Treaty or the other treaties that make up the Antarctic Treaty System. However, it is certainly fair to say Russia has become a less than cooperative party, as its behaviour at the recent meeting of the Commission on the Conservation of Antarctic Marine Living Resources makes clear.

That meeting concluded in Australia on November 4, 2022. During the conference, Russia sided with China and blocked new limitations on fishing in Antarctica again, even though the proposal was supported by 24 other countries. 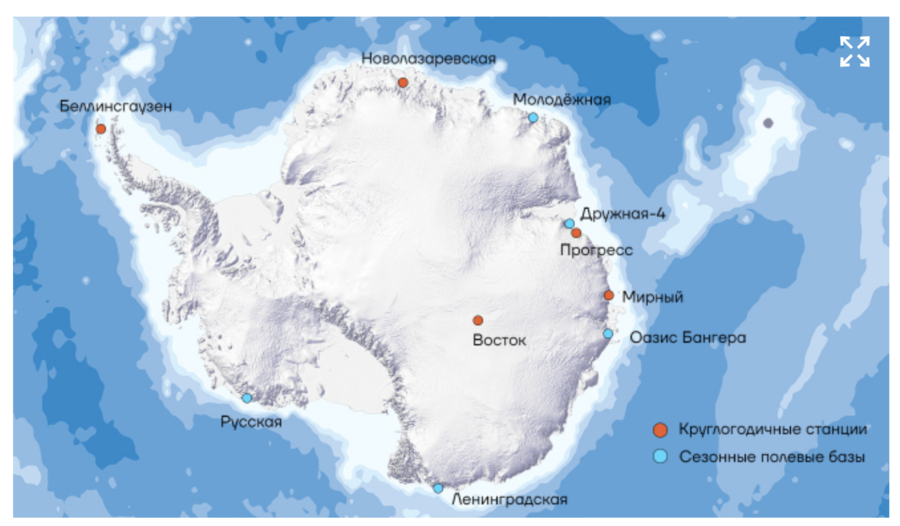 The claim about Russia purportedly getting ready to break the Antarctic Treaty appeared in The Mirror, a British tabloid, in 2021. The article speculated that the country had maintained its activities on Antarctica, while the COVID-19 pandemic had prompted other treaty signatories to limit their operations. However, the article presented no concrete evidence that those activities went beyond what the Antarctic Treaty allows.