Is Pennsylvania under a court order to only count ballots on Election Day? No, that's not true: The post provided no evidence of such a court order. Under current election law, unofficial results will be available within a few days of the election. Amy Gulli, the director of the Office of Communications and Press for the Pennsylvania Department of State, told Lead Stories in an email on November 3, 2022, that the state is not under a court order to just count ballots on November 8, 2022, the day of the general election. She said a post claiming such a court order exists qualifies as "disinformation."

Pennsylvania is UNDER a court

On election day not after!! 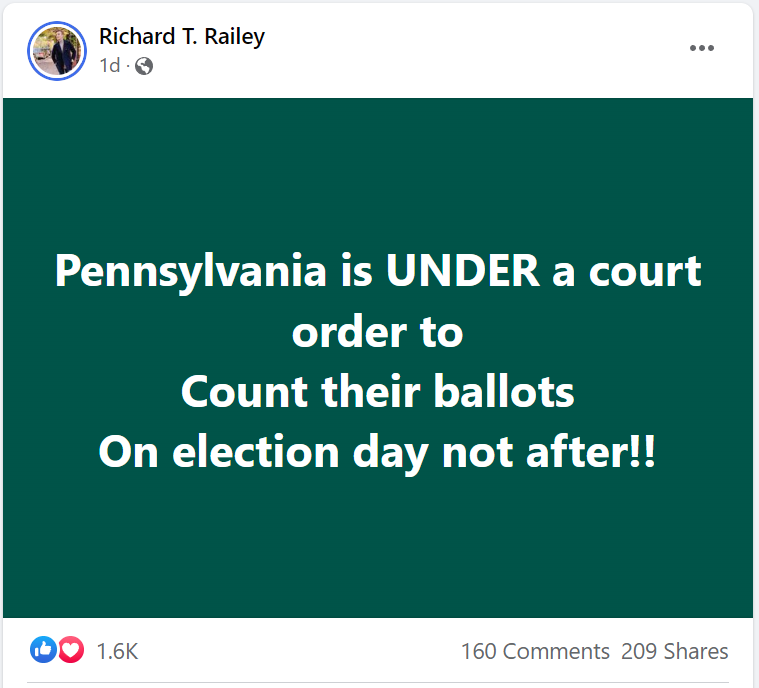 In a November 3, 2022, email to Lead Stories, Gulli said there's no truth to the claim:

That post is disinformation. It is the Department of State's policy to immediately report such posts to social media platforms, including Facebook/Meta.

Pennsylvania's Acting Secretary of State, Leigh M. Chapman, outlined the vote-counting process for the general election in an October 24, 2022, press release. She said under current election law unofficial results will be available within a few days of the election:

We understand that voters, candidates and the media want election results as soon as possible. But counting all the eligible votes and reporting the results take time, and counties are rightfully focused on accuracy over speed.

When it comes to mail-ballots, the process is spelled out in election law, according to the press release. It says:

Before mail ballots can be scanned and counted, they must be removed from their envelopes and prepared for scanning. Under Pennsylvania law, counties cannot begin this pre-canvassing of mail ballots until 7 a.m. on Election Day. County election officials and the [Gov. Tom] Wolf Administration support earlier pre-canvassing, but that would require legislative approval.

The following graphic, provided by the Pennsylvania Department of State, illustrates the timeline for election returns: 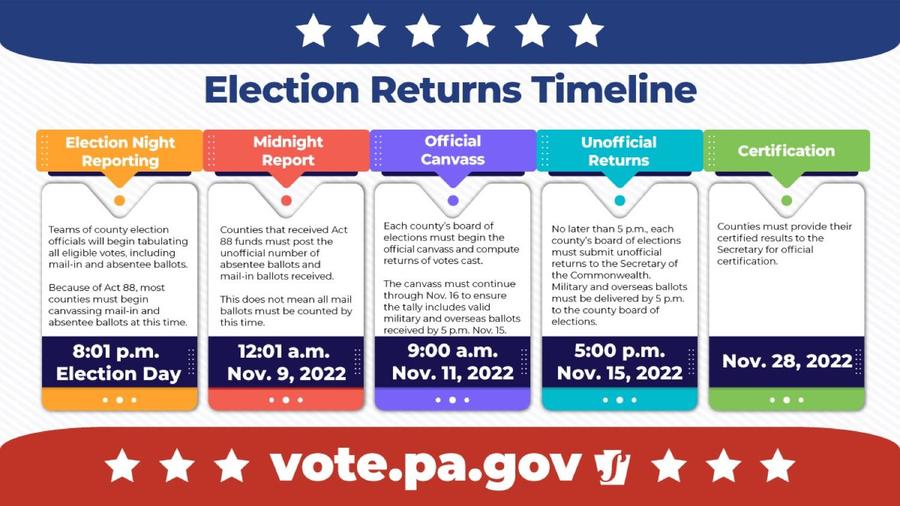