Is it impossible to find a "real photo" of Earth taken from space that is not computer generated? No, that's not true: Seventy-six years ago, on October 24, 1946, the first photo of Earth was taken from a V-2 rocket 65 miles above the New Mexico desert. The rocket fell back to Earth as planned, crashing in the desert, and the film, in a steel cassette, was retrieved. Since then, countless photos of Earth have been taken from space using advancing space and photographic technologies.

truth_is_my_religion
I remember trying to debunk Flat Earth. It inevitably led me to the truth after I was forced to bypass my cognitive dissonance. Not an easy task.
Weird how every 'real image' NASA, JAXA, RASA, Roscosmos, etc. is a computer generated image.
I challenge anyone out there still on the fence about NASA corruption to find a real photo of Earth from space.
There are none.
Then go one step further and try to find a real photo of a satellite in orbit 🛰

The text included on the image reads: 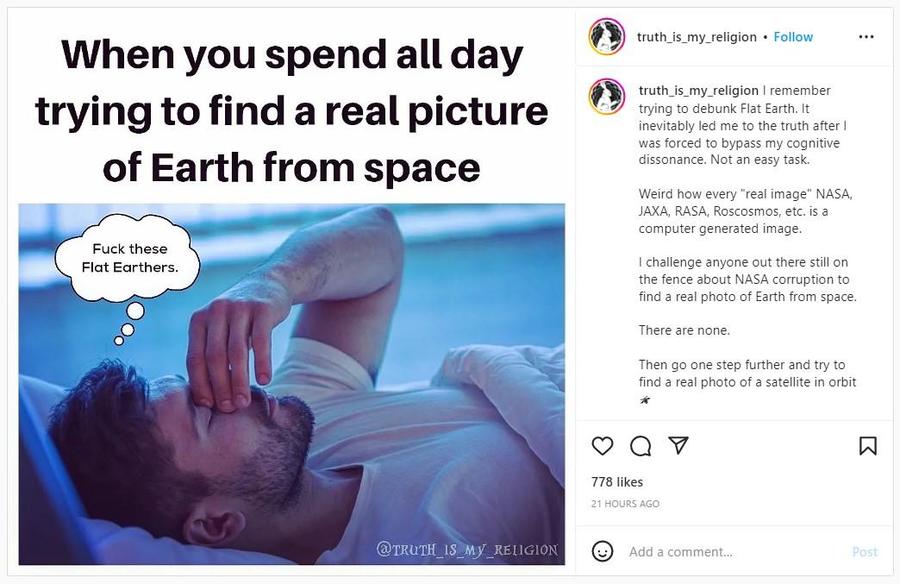 The caption of this post mentions several space agency acronyms; the National Aeronautics and Space Administration (NASA) in the United States, the Japan Aerospace Exploration Agency (JAXA), the Russian Aviation and Space Agency Rosaviakosmos (RASA) renamed and restructured in 2004, and the Russian State Corporation for Space Activities, Roskosmos.

There is no shortage of images of Earth taken from outer space. An October 23, 2022, article in earthsky.org titled, "1st photo of Earth from space, 76 years ago" shows the grainy black and white image (above left) taken from the V-2 rocket that launched from White Sands, New Mexico (1946 newsreel here). Another image featured in the article, taken six months later (above right) appeared in the March 21, 1947, New York Times with the caption, "The Earth as photographed from an altitude of 100 miles." The description in the article explains:

The highest aerial photograph ever made, taken from a V-2 rocket at an altitude of 100 miles, was made public yesterday by the United States Navy.
The picture shows the curvature of the earth and more than 200,000 square miles of the United States and Mexico. 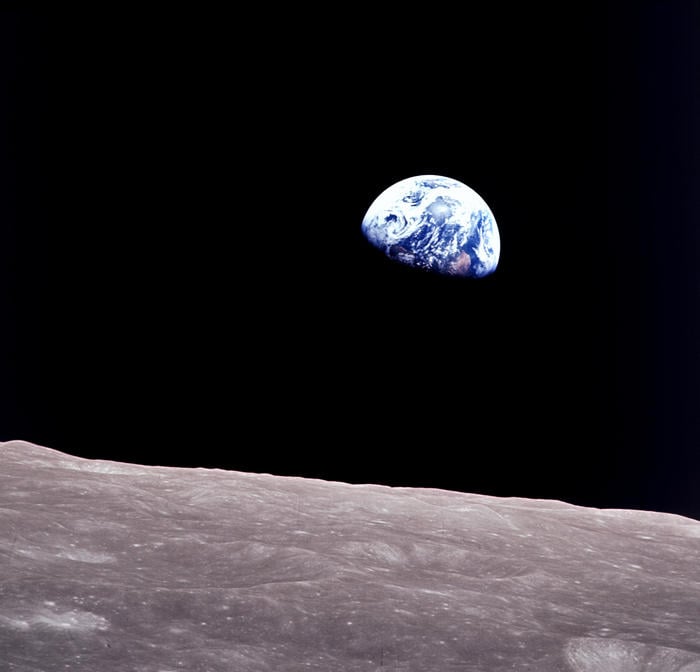 (Image source: Image of the Earth rising over the moon from Apollo 8 Credit: NASA)

On Christmas Eve 1968, Astronaut Bill Anders, on board Apollo 8 orbiting the moon with Frank Boorman and Jim Lovell, took a photo of Earth 240,000 miles away, rising from behind the moon's horizon. This image became known as "Earthrise" and was chosen by Time magazine as one of the most influential photographs in history. An animated reconstruction (clearly marked as a simulation) from NASA's Scientific Visualization Studio is titled, "The Story Behind Apollo 8's Famous Earthrise Photo." It shows the moments leading up to the famous photo. The video includes insets of actual photos taken of the moon's surface, the Earthrise and the 1968 audio recording of the astronauts' excitement and their scramble to change the film in the camera from black and white to color. 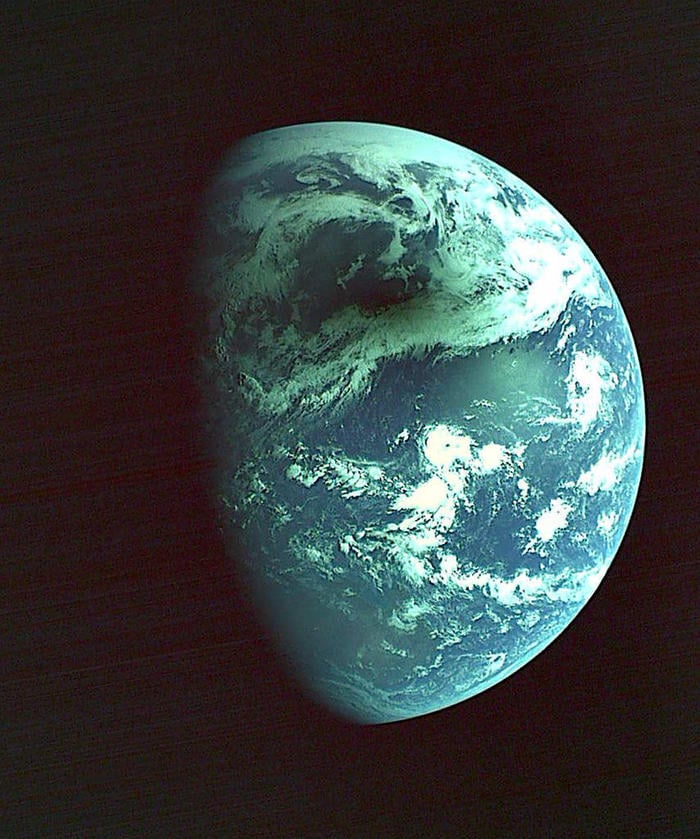 Images of the Earth, moon and planets can be found in the "Observation Images" of Japan Aerospace Exploration Agency website global.jaxa.jp including the photo (above), which shows the shadow of the moon covering Japan during a solar eclipse on May 21, 2012.

NASA image galleries (here) are searchable. Photography methods and technology used are noted in NASA photo archive captioning. Advancing technology allows for imaging that is aided with computers, for example stitching many small high-resolution photos together, or producing an image that makes visible information that exists in wavelengths, such as ultraviolet, beyond the light visible to the human eye. Making use of available technologies to record and explore Earth and space does not mean that the image produced is not "real."