Did Hitler invent highways and microphones, as Ye said in a radio interview? No, that's not true: The Nazis appropriated highway plans and construction already occurring. Several people are credited with inventing the microphone in the late 1800s, long before Hitler's time in power in Germany.

The claim appeared in an interview (archived here) by Ye, who changed his name from Kanye West, on Alex Jones' radio show "Infowars" on December 1, 2022. Ye told Jones: "Well, I see I see good things about Hitler." He continued:

... this guy that invented highways, invented the very microphone that I use as a musician ...

This is an image of Jones and Ye posted on the Infowars website at the time of writing: 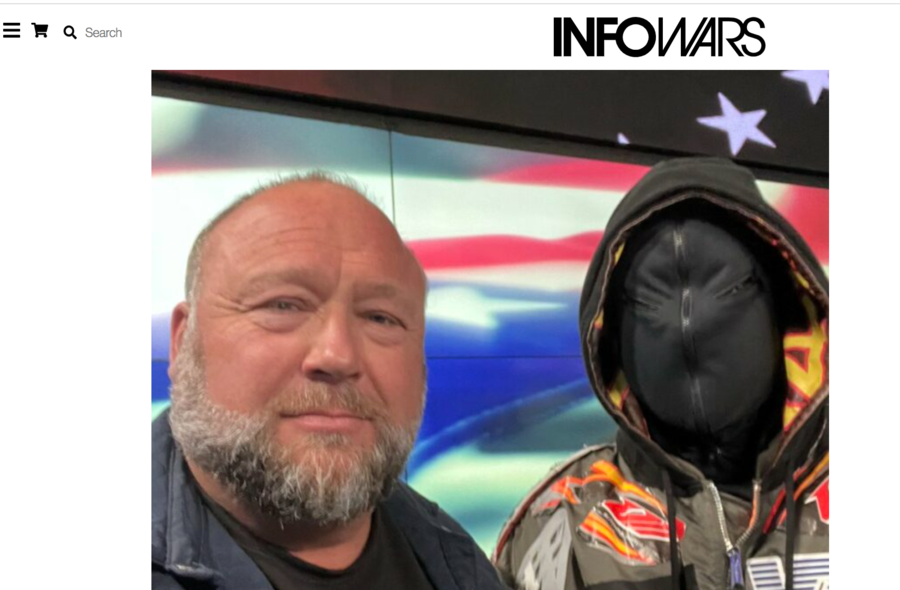 Wearing a black face-and-head-covering during the interview, Ye told Jones that Hitler invented highways and microphones, both false claims.

Here is a transcript of what Ye said to Jones, not edited for stream-of-consciousness, from the video of Ye's comments posted to Twitter:

Jones: You're not a Nazi. You don't deserve to be called that and demonized.

Ye: Well, I see I see good things about Hitler. Also, the Jews, I love everyone and Jewish people are not going to tell me you can love, um you know, us and you can love what we're doing to you with the contracts and you can love what we're you know what we're pushing with the pornography. But this guy that invented highways, invented the very microphone that I use as a musician, you can't say out loud that this person ever did anything good and I'm done with that. I'm done with the classifications. Every human being has something of value that they brought to the table. Especially Hitler.

Hitler did not invent highways

The U.S. Federal Highway Administration's historians say planning for the autobahn began in the 1920s, well before Hitler came to power, and that construction commenced on the Cologne-Bonn segment in 1929. Hitler took over the program in 1933, when he became Chancellor.

As German broadcaster DW reported in an article titled "Autobahn history," "Many people still believe that the Nazis invented the famous German autobahn, and that the construction work helped eradicate mass unemployment in Germany. But this is a historical fiction."

The article says that Hitler and the Nazis' staged propaganda showed them "building" roads but in reality they had sabotaged the beginning of highways that others had begun construction on:

Until 1929, the economic crisis and the lack of capital meant that it was impossible to build motorways in Germany. The country was struggling with mass unemployment, hyper-inflation and the payment of reparations for the First World War. It was the mayor of Cologne, Konrad Adenauer, who managed to finance and construct the first crossroads-free motorway in 1932 ...

Shortly afterwards, however, the Nazis came to power, and the motorway had only been open a few months when it was downgraded to the status of 'country road'. The Nazis decided they wanted to take the credit for building the first autobahn.

Here is an image of a staged propaganda shot of Hitler shoveling dirt on a road: 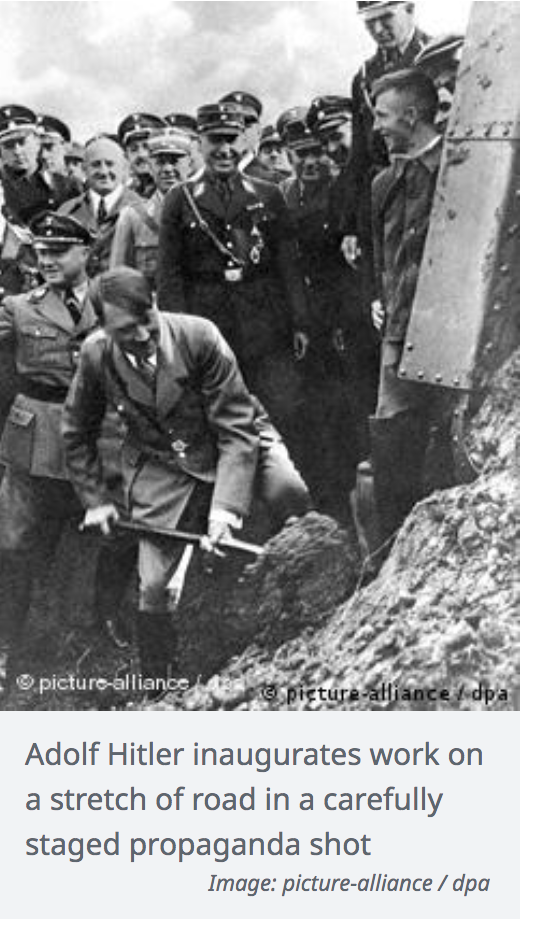 The first highway built in the United States, the National Road, was constructed between 1811 and 1834, almost a century before Hitler rose to power in Germany. According to Legends of America:

By the early 19th Century, the wilderness of the Ohio country had given way to settlement. The road that George Washington had cut through the forest many years before called the Braddock Road, was replaced by the National Road.
Cutting an approximately 820-mile long path through Illinois, Indiana, Maryland, Ohio, Pennsylvania, and West Virginia, it was built between 1811 and 1834 and was the first federally funded road in U.S. history.

Hitler did not invent the microphone

According to microphone experts at My New Microphone:

Emile Berliner invented the first microphone in 1876 with Thomas Edison. David E. Hughes independently created the same type of carbon mic in 1878. Alexander Graham Bell bought the patent to Berliner's mic in 1878. In 1892, the Supreme Court ruled that it was Edison who had invented the microphone.

The Neumann, a big canister with a head like a golf ball, made it possible for the human voice to sound clearer, closer and more authoritative. It gave the human voice its full range. At the 1936 Berlin Olympics, German Chancellor Adolph Hitler opened the ceremonies with a speech that reached the world through the groundbreaking Neumann bottle mike.

Here is an image from the NPR story of Hitler with the microphone. 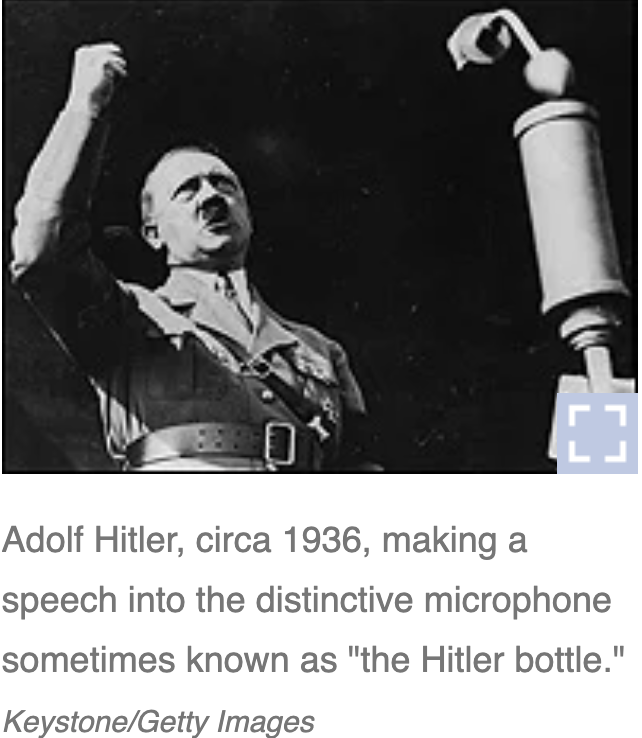