Were there questionable things about the ambulance that carried Buffalo Bills safety Damar Hamlin from the field that "just doesn't add up"? No, that's not true: A series of vague questions intended to inspire uncertainty are based on false premises. The ambulance and first responders performed their role -- delivering first aid and transporting Hamlin to the University of Cincinnati Medical Center.

During a Monday night football game on January 2, 2023, between the Buffalo Bills and the Cincinnati Bengals, Hamlin suffered a cardiac incident after a tackle. On January 4, 2023, a post on Instagram by yahomiedonjuan raised questions about the ambulance that carried Hamlin from the field at Paycor Stadium in Cincinnati. The post's caption, which includes 30 hashtags, opened:

yahomiedonjuan
Hi 👋🏽 It's your neighborhood conspiracy theorist with another questionable moment in the 3rd dimension 😎
Most of us saw the football player collapse on Monday night Football an our prayers and love go out to him an all of humanity, however something just doesn't add up about this 'ambulance' situation 🤔.

This is how the video appeared on Instagram at the time of writing: 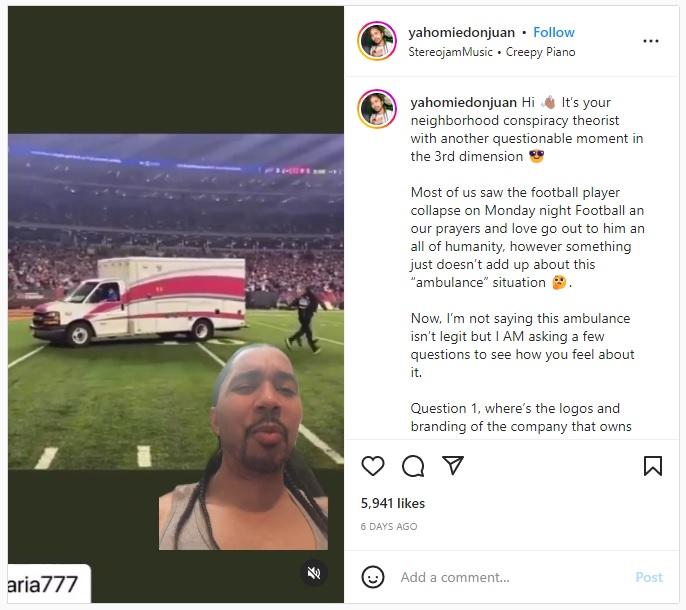 Now, I'm not saying this ambulance isn't legit but I AM asking a few questions to see how you feel about it.

Question 1, where's the logos and branding of the company that owns it?

Question 2, why is it a Chevy and not a Ford seeing as how this company uses Ford?

Question 3, why are the tags registered to a Chevy express van?

Question 4, who is this guy that's driving the van?

Now if you've watched some of our colleagues accounts today you probably got a whole run through in gematria concerning this incident but that only adds to the suspect 'agenda' behind this moment and Pro Sports as a whole.
Let me know what you think below and share this video if you feel inspired 💯
Stay Krystic 🙏🏽🙏🏽🙏🏽
Shouts to @mymaria777 for the slides ✊🏽

The questions voiced in the caption and the video itself cast vague doubts regarding the ambulance, the ambulance company and the driver, without directly stating a clear accusation.

Hamlin received care at the Center for a week until January 9, 2023, when he was flown back to Buffalo for further treatment and rehabilitation. Hamlin posted a tweet on January 9, 2023:

To answer several of the questions posed in the caption:

Where are the logos, branding of the ambulance company?

The ambulance's "Air Care & Mobile Care" lettering is discreet, but visible from the 1:12-1:15 mark in a longer video (screenshot below). 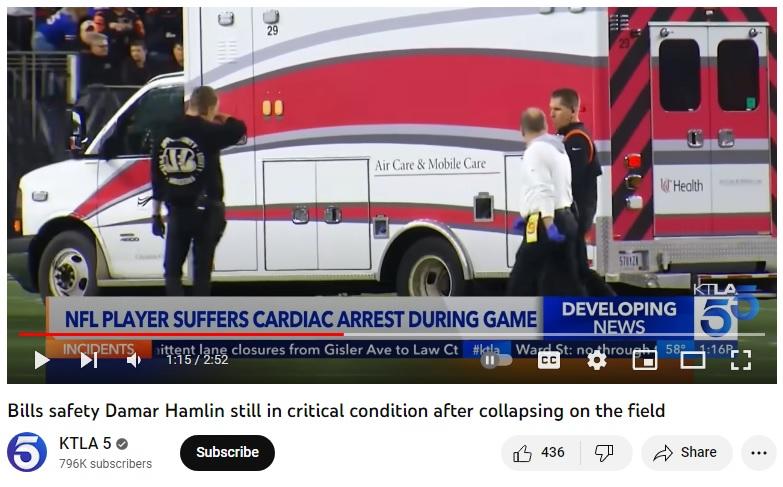 Why is it a Chevy and not a Ford seeing as how this company uses Ford?

UC Health - Air Care and Mobile Care posted a photo (screenshot below) of another Chevy ambulance in their fleet to their Facebook page on September 30, 2022. The premise that UC Health only uses Ford ambulances is flawed.

Why are the tags registered to a Chevy express van?

The answer to this question is included in the info tracer screenshot that appeared in this Instagram video. The vehicle type is listed as a cutaway (marked with red arrow below). Some ambulances do retain the original body lines of a factory van, but some, type III ambulances, are vans modified to carry a box and allow the crew to move between the rear portion and front cab. 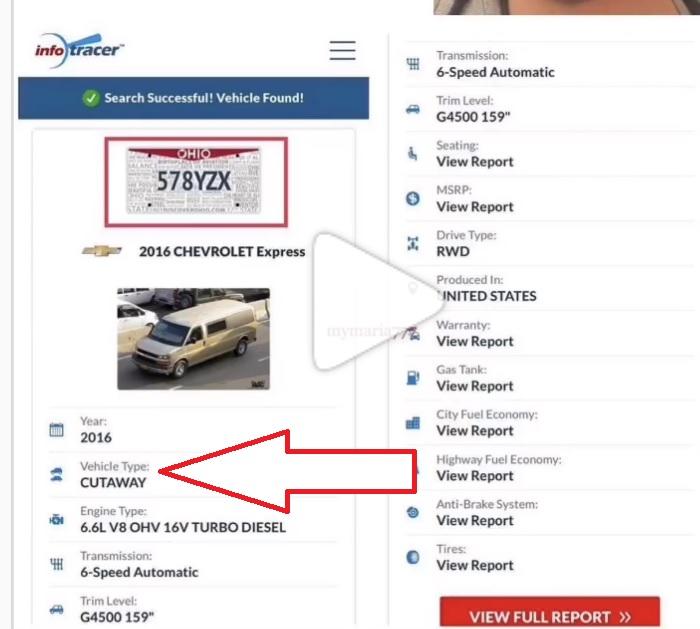 One question voiced in the video that Lead Stories has not been able to immediately answer is about the two EMS services, UC Health and Kettering Health. The latter has been the official health care provider at Paycor Stadium since May 2022. An August 17, 2022, news release article from Kettering Health described their preparations for the task of attending to sports and concert audiences in all seasons. Lead Stories reached out to Kettering Health and will update this article if appropriate.

Lead Stories has written about another false claim regarding this ambulance that stated that there were military stars marking the side.