Donald Trump claimed at his Kansas City rally Saturday night that the man who rushed his stage in Dayton, Ohio, earlier Saturday was "probably or possibly ISIS related," however, Lead Stories has closely examined the evidence and concluded that is not true.

USSS did an excellent job stopping the maniac running to the stage. He has ties to ISIS. Should be in jail! https://t.co/tkzbHg7wyD?ssr=true

Trump attributed the claim to his campaign's Internet staff. Their conclusion was apparently based on a YouTube video that shows the man -- who police identified as Tommy Dimassimo -- in a "Black Lives Matter" protest a year ago on the Wright State University campus.

The video shared by Trump supporters opens with a photo of Dimassimo appearing to hold an assault weapon with the black ISIS flag in the background. Careful examination indicates the photo of Dimassimo was photoshopped and not authentic. 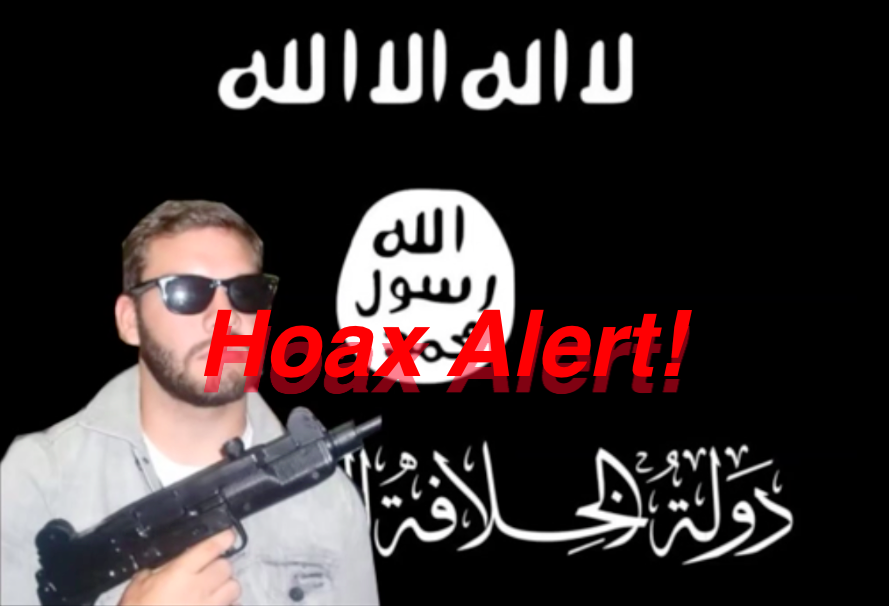 The video description on the YouTube page was mostly written in arabic text. When Lead Stories translated it, we discovered it ridiculed Dimassimo, including references to his manhood. Whoever posted it was not a fan of Dimassimo. And it was not produced by ISIS.

Here is how Google translates the text:

In fact, the video was a reproduction of a video that was uploaded to Dimassimo's YouTube account on April 29, 2015 titled "Not My Flag." In the video, he is seen dragon an American flag across campus. He and other protesters are seen walking on flags.

Dimassimo is seen arguing with a "pro flag protester."

The original sound, however, was removed for the "ISIS" version and replaced with arabic music similar to what is heard in authentic ISIS propaganda videos.

The fake ISIS video has been made private and is no longer viewable on YouTube. Dimassimo's original is still available.

Other than the fake ISIS video, there has been no other evidence brought forward to support Trump's claim that Dimassimo is "ISIS related."

Dimassimo was released on bond after being charged with inducing panic and disorderly conduct.

To see videos of the incident, see this story.