While Hillary Clinton may be telling supporters the battle is not over until the votes in California and five other states are counted Tuesday night, her campaign began selling t-shirts Monday declaring that she has won the Democratic presidential nomination.

The shirts on sale at celebrity-filled fundraiser at the Greek Theatre in Los Angeles Tuesday evening said: 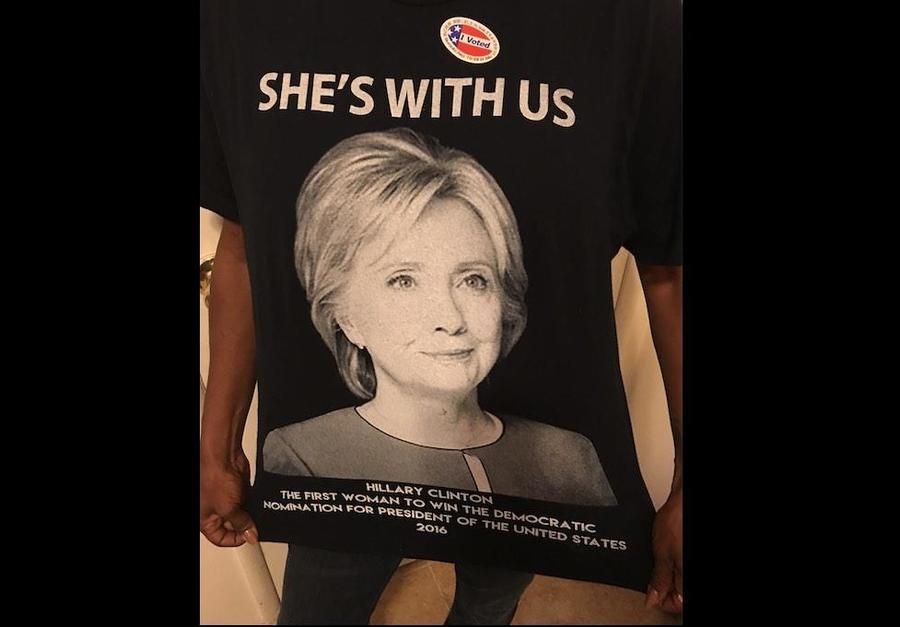 The shirts came out immediately after the Associated Press reported that by its count Clinton reached the threshold for delegates to secure the nomination at the July convention if super delegates are included.

Stevie Wonder, Ricky Martin, John Legend, Christina Aguilera headlined the "She's With Us" concert, with Cher and Jamie Foxx speaking but not performing.