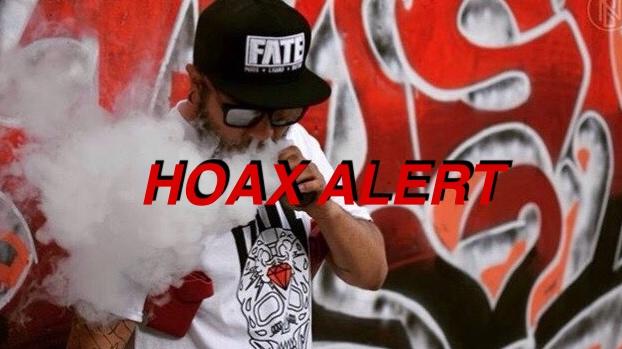 Attention vapers and E-cig users; there is an UNTRUE story floating around the internet claiming the FDA has announced a ban on the sale of e-cig juice that is supposed to go into effect this July. Lead Stories has investigated the claim and determined it to be a complete HOAX.

A rather legitimate sounding website called associatedmediacoverage published an UNTRUE article in an attempt to scare the hundreds of thousands of "vapers" who use e-cig juice as an alternative to smoking cigarettes. This website is relatively new to the community of hoaxing websites, but has yet to add a disclaimer to its web-page allerting readers of its fallible stories.

The FDA's ban on electronic cigarette liquid otherwise known as 'juice' will require all manufactures of the liquid mixture containing propylene glycol, glycerin, flavorings, and most often nicotine to cease manufacturing of the product by July 12th 2016.

Any manufactures or retailers that are not in compliance with the FDA regulation by July 12th 2016 will be subjected to additional penalties and fines.

The story continues, referencing a fictional member of the FDA, Jonathan Withers, who supposedly said a comprehensive report would be published in the coming weeks to the FDA website. After checking the FDA's Employee Registry, Lead Stories found there to be no such person.

In addition to the fake FDA employee referenced, the article also references Joshua Holbrook as being a representative of Oklahoma; again, another bogus lie.

in reality, the FDA is still in the process of passing regulations that would include e-cigarettes into the same category as traditional cigarettes and chewing tobacco.