An article on the website "USA Supreme News" is going viral with a title that implies someone from the Obama administration tipped off the militants before the recent raid in Yemen in which one American Navy SEAL was killed.

On the website the article bears the title "Navy SEAL is Dead Because Our Enemies Knew We Were Coming!", but if you share the article on social media the title that appears there will read: "BREAKING! Officials Under Obama Tipped Off The Militants In Order To Botch Trump's First Military Raid". 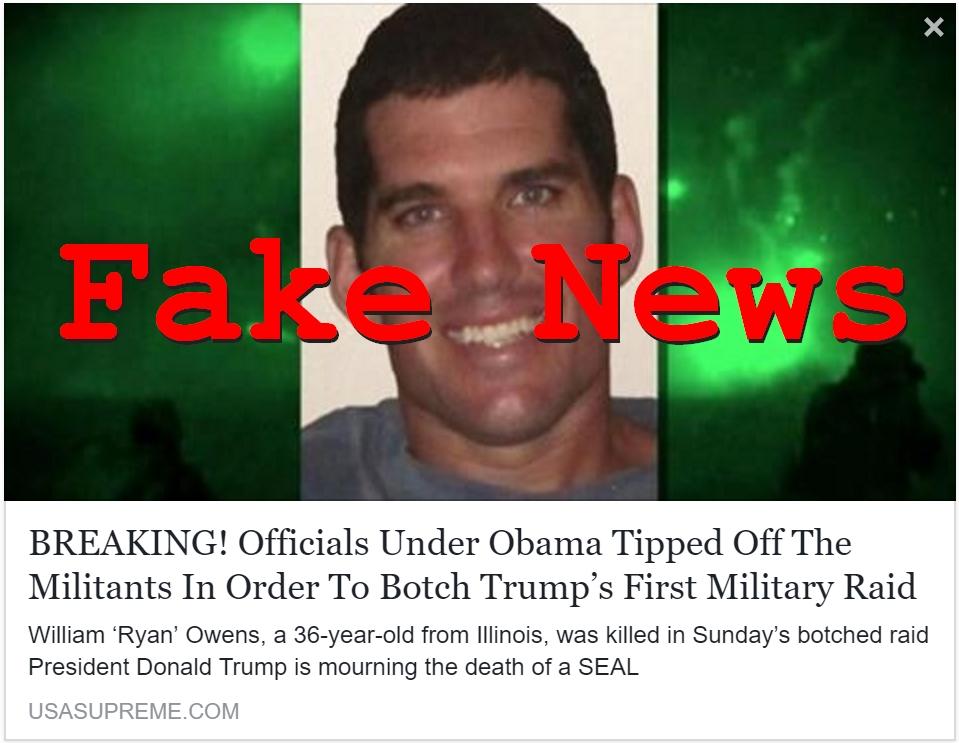 This is because the HTML source code of the article (which is invisible to normal web users) has this line in it to tell Facebook which title to display when the article gets shared there:

The article itself makes no mention of which officials tipped of the militants or when or why. The only assertion made about that is at the end of the text:

Rumors are now surfacing that since the Obama administration had extensive knowledge of the operation and our enemies knew we were coming, officials under Obama tipped off the militants in order to botch Trump's first military raid.

No source or verification is given for these rumors. Reporting in the headline that something happened and then writing at the end of the article that it is just an unconfirmed rumor? And pulling shenanigans with different headlines? That's fake news according to an unconfirmed rumor we heard...

Despite all this, many people seem to be sharing the news as genuine as the Trendolizer graph at the end of this article shows.