Fake news website The Sacramento Dispatch ran an article titled: "Trump Refuses to Provide California Federal Support in Midst of Natural Disaster, Cites Sanctuary Cities". There are good reasons to believe the headline is not true and it might even be the case that the article is just a small part in a publicity stunt for a movie along with several other fake articles and websites. (UPDATE: we're pretty sure it is a promotional stunt now, especially after another fake story came out about Trump and Putin. Confirmation it is fake can be found here.)

The article in question opens with an accurate summary of the facts, namely that Governor Jerry Brown has asked for $162 million in federal aid from FEMA to help cope with the damage caused by storms, mudslides and floods, as has been reported in the real media.

But the story completely goes off the rails in this section:

A high ranking unnamed source, who spoke with the Dispatch on the condition of anonymity, has confirmed that President Trump has denied the request on grounds that California, and the city of Sacramento in particular, have failed to enforce federal immigration laws and have threatened to succeed from the Union. The source is quoted as saying:

"The President has no incentive in helping the state of California. The state harbors more illegal immigrants than any other state and has multiple sanctuary cities that violate federal laws. The state very publicly supported Hillary Clinton throughout the election and the President views the state as being responsible for his loss in the popular vote, something he has had trouble with accepting. They have also recently threatened to leave the Union through their #CalExit campaign, and the President sees this as an opportunity to let them deal with the consequences of their exit. There is a sickness within the liberals in this country that they are not willing to address. Until they understand what ails them can they hope to find the cure. This is a step in the right direction in finding the #CureForWellness. "

President Trump himself has not yet weighed in on the issue. The state is looking forward to a response from the Twitterer-In-Chief at any moment.

So basically the headline is based on a single unnamed source and no other news website has offered any confirmation so far. And the Sacramento Dispatch is a known fake news website that is part of a larger network of semi-identical fake websites designed to look like regional newspapers (compare the Sacramento Dispatch main page with the Salt Lake City Guardian and the Houston Leader for example). 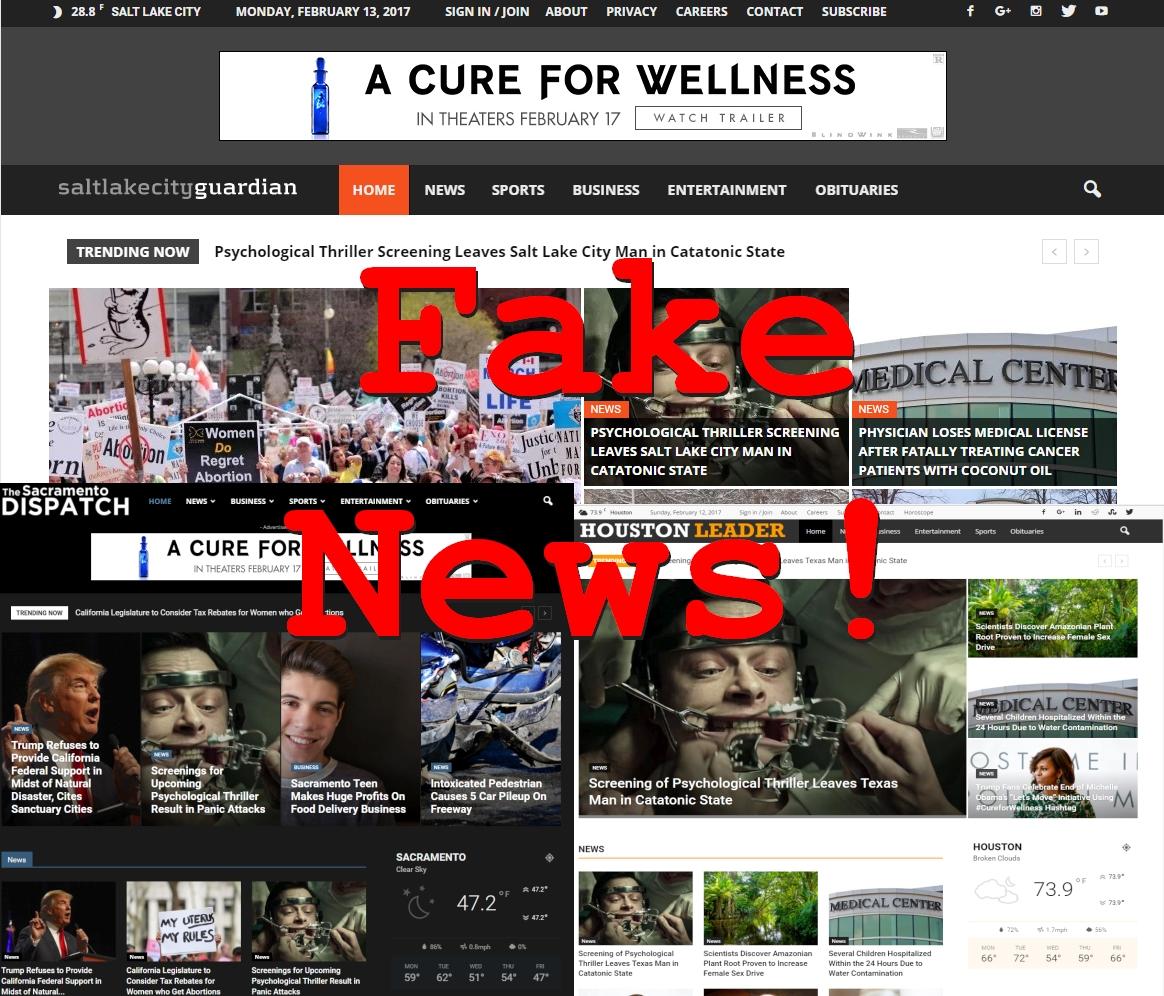 These sites all have run other hoaxes before: they invented a senator (with twitter account and campaign website) who supposedly introduced legislation to take away welfare benefits from protesters, or concocted a California assemblywoman who was going to offer tax-rebates to women having abortions.

The Trump/California story and several other articles on these sites mention the hashtag #CureForWellness and they all have advertising for something called "A cure for wellness" featured prominently on several pages. It seems this is the title of a horror movie coming out on February 16th according to IMDB so it might very well be that these sites are all part of an elaborate publicity stunt. We've reached out the movie production company and we will update this article when we hear back.

In the end it is pretty safe to conclude Trump did not actively refuse California federal support and it is likely he will approve it in the near future. Keep an eye on the actual news releases page of FEMA if you want to be sure. And keep fighting against fake news! As you can see in the Trendolizer graph at the end of this article the hoax is spreading like wildfire.