The by now very famous satirical fake news website The Resistance: The Last Line of Defense strikes again with a hoax article titled "Two HUGE Hollywood Stars Just Lost $25 Million Each Because They're Stupid Liberals". It claims Seth Rogan and Elizabeth Banks lost roles in an upcoming remake of "When Harry Met Sally" because the stars were deemed too liberal by the executive producer. The article quotes a "James Fernwillow", supposedly the spokesman for 20th Century Fox:

Fernwillow said in a statement:

20th century Fox is saddened that the talents of Rogan and Banks won't be welcome on the set. The screenplay was re-written specifically with a modern flair and their personalities in mind. Re-casting them wasn't easy, but we think we've found the perfect combination to make the movie fun as well as nostalgic.

Rogan will be replaced by Scott Baio and Banks by Stacey Dash, assuring a more wholesome, conservative cast. The cost of the film will also be cut by nearly $45 million. Looks like Trump is having a positive effect on Hollywood after all.

The story is entirely fake and the only online reference to "James Fernwillow" we could find via google was in a copy of the story on another site which had blatantly copied the entire article:

Of course there are other hints that the article is fake. Just look below the title: 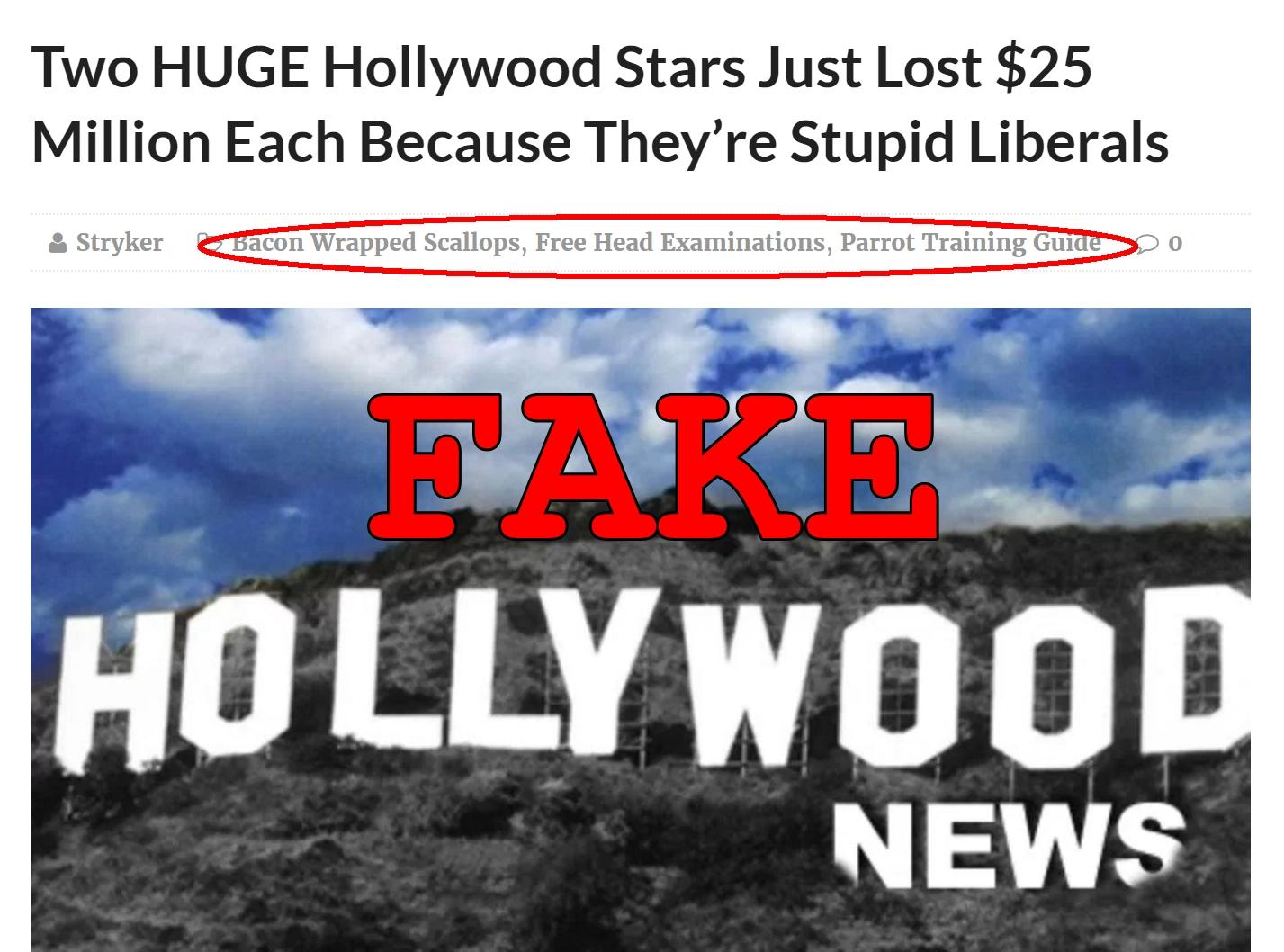 And of course The Resistance: The Last Line of Defense is a well known fake news website that carries following disclaimer on its about page:

As you can see the site also tends to include nonsensical phrases or insults hints in the list of "categories" under the article titles:

It appears the original version of the story isn't shared around widely as you can see in the Trendolizer graph at the end of this article. But if you notice anyone spreading copies from these other sites around you can help by pointing them to this article here because nobody likes fake news.