Management of rapper Andrew E. has confirmed that the rapper has been shot dead at the Tomas Morato Avenue.

The rapper was shot dead while in the company of friends in his car, management confirms in a statement.

Police sources say a close friend, Kelvin Valiente and one eyewitness who were close to the scene would be crucial to police investigations.

The best proof that the story isn't true is that Andrew E. just posted to his Instagram account one hour ago:

Because my daughter Jassley likes to bake all the time...We are gonna buy her some new Kitchen wares 😊👍 #myJassley #shelovestocookandbake

He certainly doesn't look very dead in that video...

Finally the phrase "Eye witnesses claim the man who pulled the trigger drove off quickly in a black Hyundai Accent car." from the article seems to be used in several other death hoaxes about other celebrities as you can see in this screenshot of a google search for it: 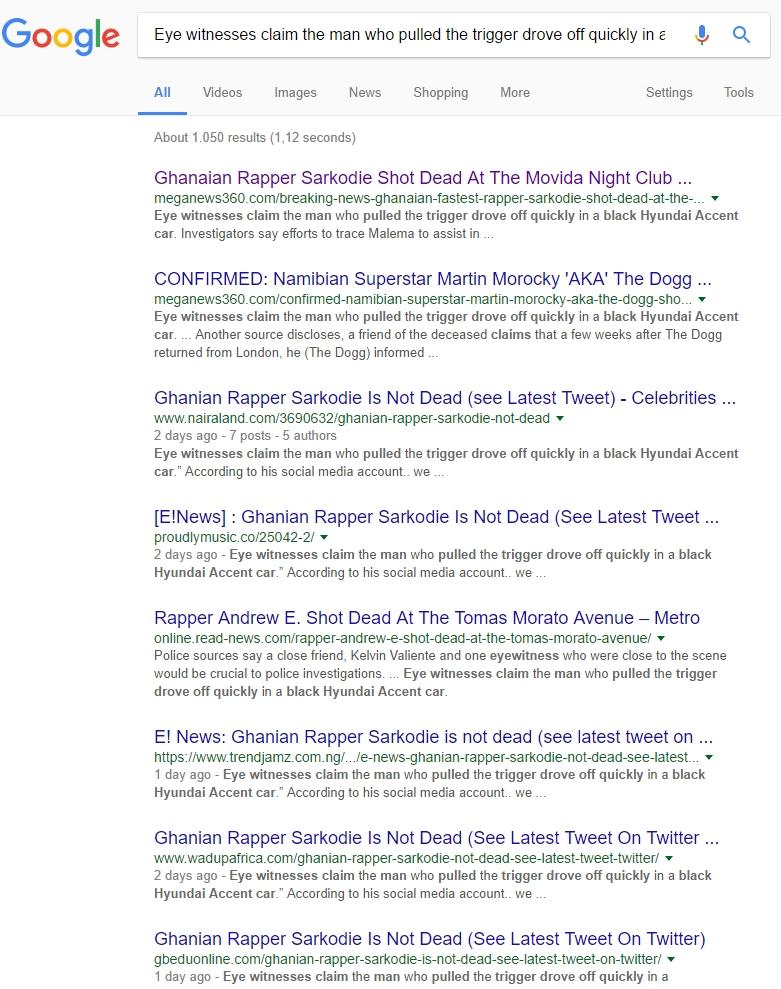 The site appears to be part of a network of fake news websites that all have normal looking front pages with some generic news stories taken from other websites but which frequently publish hoax articles on other parts of the site that aren't immediately obvious to visitors. Some sites we've identified as seemingly being in the network so far include: