Several fake news websites recently posted stories titled "This Man Has Lived In U.S.A. For 20 Years And Now He Is About To Be Deported ! Do You Still Support President Trump ?".

The stories almost all use this photo: 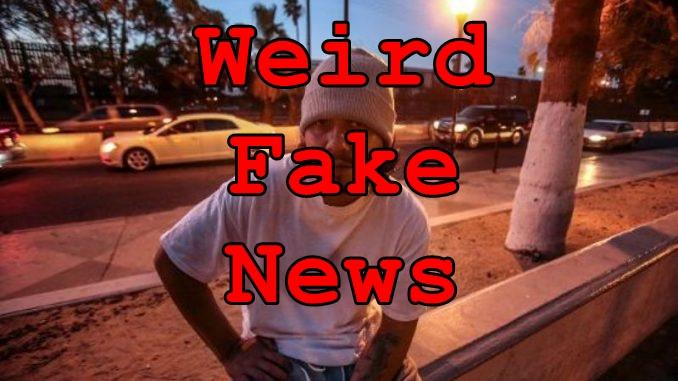 The photo comes from a 2016 story in The Desert Sun about Julio Alonso who was deported to Mexico in August of that year. It doesn't specify exactly how long Mr. Alonso lived in the United States but it mentions he hasn't been to Mexico for at least 16 years.

What follows is either a simple Yes/No poll or (in many cases) a weird incoherent article that has nothing to do with immigration, deportations or president Trump. Here is a sample:

PIE individuals were campaigning NCCL authorities for the time of agree to be decreased and crusading for "pedophile cherish".

Their view that youngsters were not hurt by having intercourse with grown-ups seems to have been embraced by those at the highest point of the common freedoms assemble.

Today we distribute removes from a NCCL report composed for the Criminal Law Revision Committee in 1976 when Mrs Hewitt was general secretary.

The text sounds like something that was translated to another language via Google Translate and then translated back into English to make it harder to track down the original source. It appears the names and organisations in the body reference a controversy in 2014 where a politician in Britain was found out to have called for lowering the age of consent in 1976.

We have no idea why people choose to like and share such an obvious nonsense article on social media. Perhaps a weird experiment by some fake news websites to prove some kind of theory about how few people actually click through to the full story before passing something on to their friends? Who knows...

As you can see in the Trendolizer graph at the end of this article the experiment seems to be working. If you notice anyone spreading the gibberish article around you can help by pointing them to this article here because nobody likes being duped by fake news for some strange experiment.