Ted Nugent, 70's rocker turned hunting guide and conservative icon, was shot and killed early this morning in a tragic hunting accident. While setting up his tree stand just outside a wildlife reserve in Montana, Nugent was fired on and hit in the chest by a hunter with a scope nearly a quarter of a mile away who believed he was a brown bear.

UPDATE: Video confirmation from Ted Nugent that he is alive.

The article was accompanied by a screenshot appearing to be from tv station WESH 2: 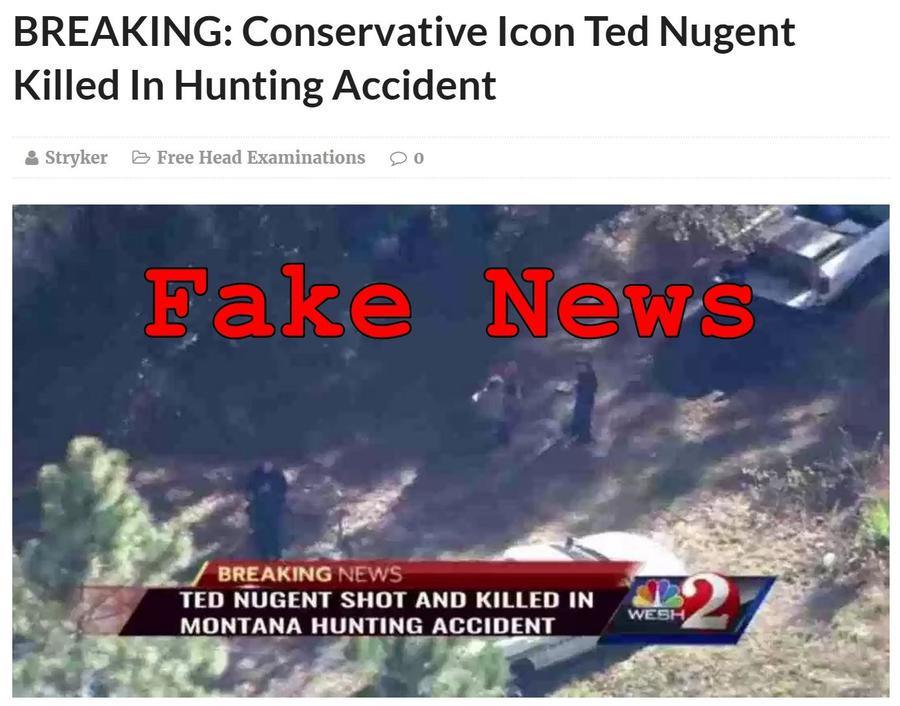 The image is actually a modified and cropped version of a screencap from a story from January 20th 2016 about a real hunting accident. 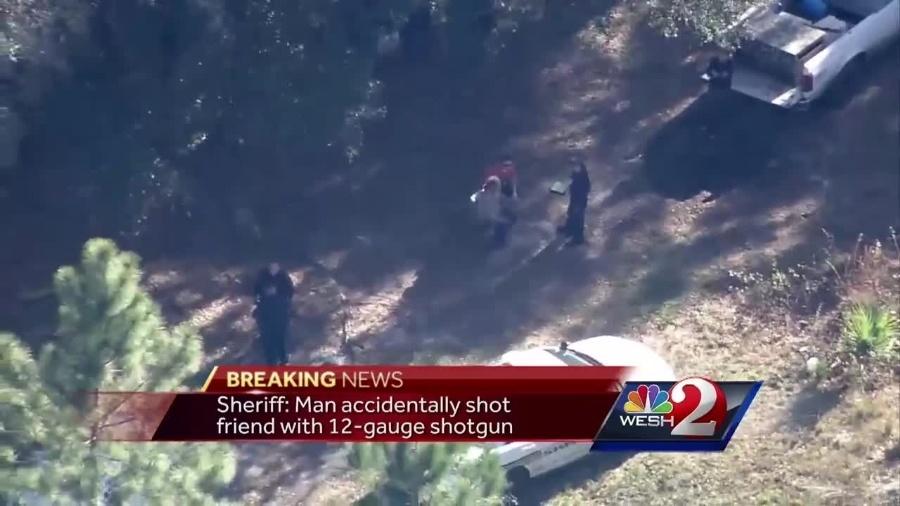 Fans of "The Nuge" can relax because The Resistance: The Last Line of Defense is a fake news website that carries following disclaimer on its about page:

The story has indeed popped up on several of the sites already and as the Trendolizer graph at the end of this article shows there are hundreds of people already sharing it. If you want to reassure fans of Ted Nugent who fell victim to this hoax just point them to this article.