James Alan Whitland, the man who shot and killed Ted Nugent this morning, was using the name Alex Hayne. That's because Whitland is a known domestic terrorist whose history of violence goes all the way back to his days as a teenage hitman for the Black Panthers in the 1970s.

Whitland, who is a white sympathizer to causes like the panthers and more recently Black Lives Matter, is also wanted in connection to aiding and abetting the Dallas gunman who killed all those police officers by giving him the weapons and helping him train. He was caught by a Montana Game Warden on a random patrol as he tried to flee the scene. 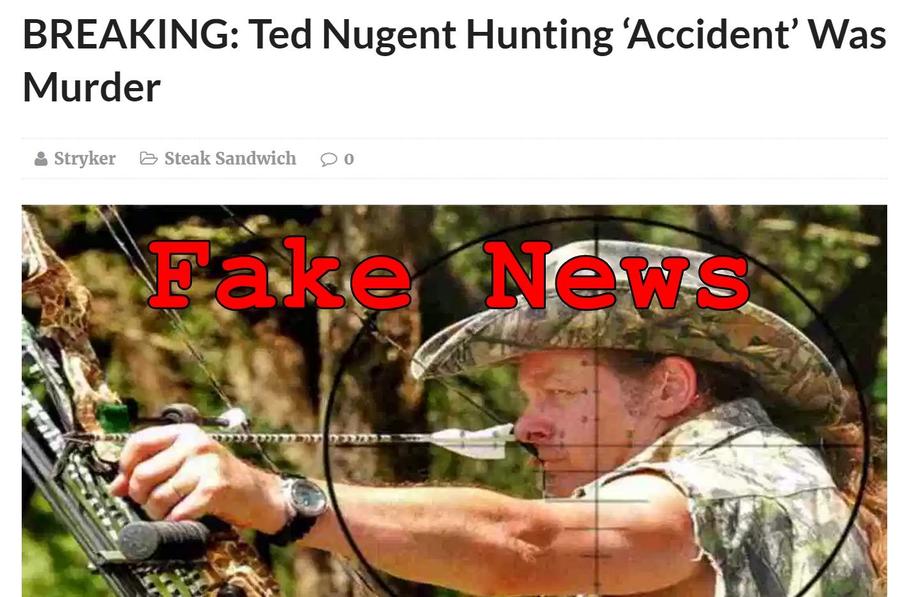 Of course this article is fake too, just like the previous one. Ted Nugent has confirmed he is alive and well:

The Resistance: The Last Line of Defense which originally published the story is a fake news website that carries following disclaimer on its about page:

Don't believe all the other sites that have copied the story from there.

It is clear from Trendolizer graph at the end of this article that this second article is doing less well, but if you notice anyone spreading the murder story as real don't hesitate to send them here for some reassurance The Nuge is fine.