A satirical website broke the internet today with an article claiming: "Oval Office Fumigated After Complaints Of Overwhelming Smell Of Bullshit". It opened:

A PARADE of trucks, from several competing fumigation service providers, were seen lining up outside the White House at 7am this morning following reports that the Oval Office may have become infested with noxious bullshit.

Many concerned citizens working in buildings in the surrounding Washington DC area complained about the overwhelming stench shortly after the office of the President issued a press release yesterday evening confirming FBI Director James Comey had been fired by President Trump. 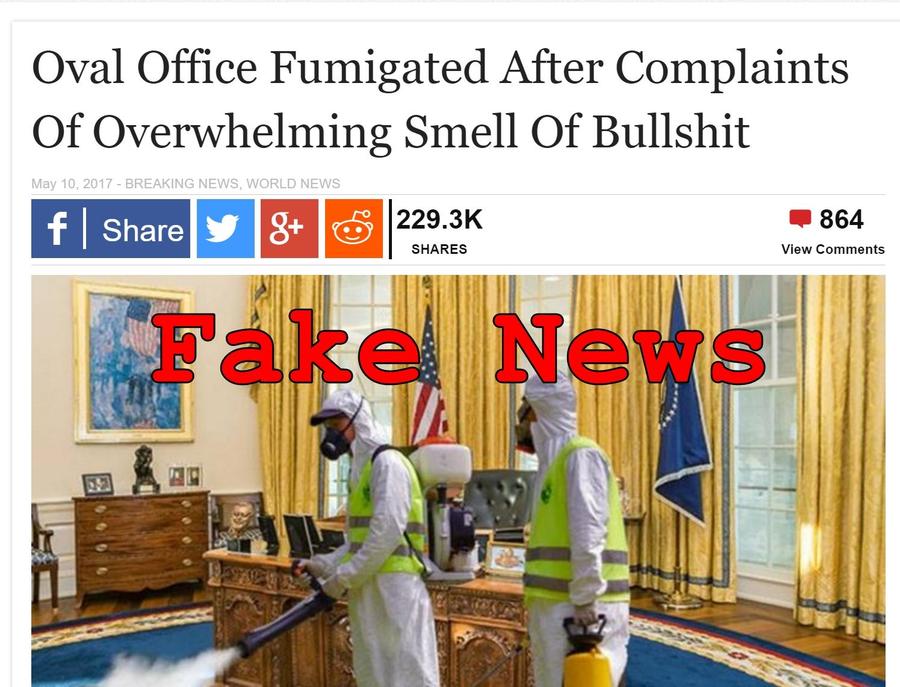 If you hadn't guessed, the story is fake because the source of the article is the Waterford Whispers News, a satirical website which carries following disclaimer:

Meanwhile the story has been copied almost verbatim by several other sites (which don't carry satire disclaimers in many cases) so there are probably some people who are taken in by the hoax.

The original story also has hundreds of thousands of likes already as you can see in the Trendolizer graph at the end of this article. If you notice anyone who actually believes the story you can help by pointing them here because nobody likes fake news.