Seems like serial fake-news producing World News Daily Report has produced another hoax article titled: 'Woman rolls over hairdresser with her car after he "ruined" her hair', another one in a long string of stories about outrageous (but fake) crimes. Their latest piece starts:

An 18-year old woman was arrested this morning after deliberately she ran over her hairdresser seven times with her car.

According to the Chicago Police Department, Cassandra Gilmore, from Oak Lawn in Illinois, had her hair cut this morning at Luigi's Beauty Palace in downtown Chicago, by the famous stylist Francesco Moreno. 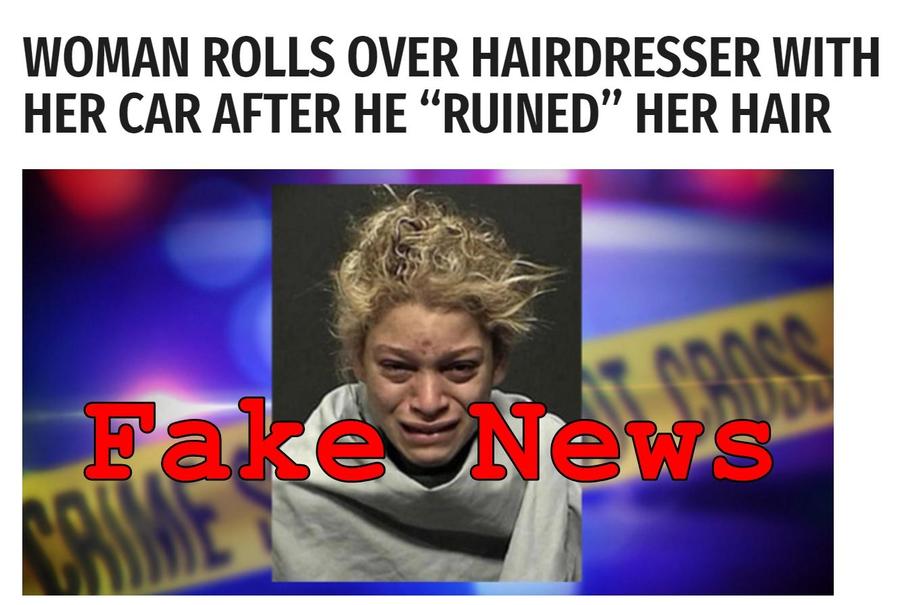 As usual the story is accompanied by a mugshot stolen from somewhere else. This time it is a picture of an ex beauty queen named Kumari Fulbright which is featured in several online articles of celebrities who have ended up having their mugshot taken. In one such article she is described like this:

Once a beauty queen the only photos of Kumari circulating today are her now infamous mugshot. She was arrested after having her ex-boyfriend kidnapped and tortured under the influence of hardcore illegal substances.