There was a shootout today involving 2 suspects with felonious assault warrants. During the gunfire, apparently the cops bullet penetrated a 3-yr old infant playing outside. The cop has been put on administrative leave with no pay pending the investigation.

None of it happened. The image used with the article is actually from a shooting that happened in Pasco, Washington in 2016 where a 35-year old man was shot by police. 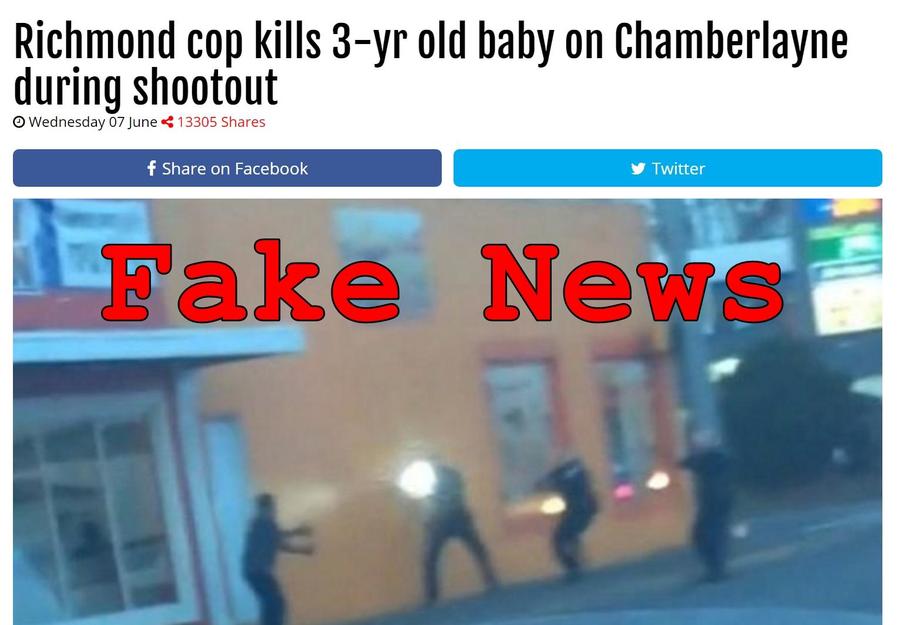 Here is actual video of the event as recorded by a bystander:

React365 is a prank website where users can submit their own headline, description and photo to create realistic looking prank news articles. (Disturbing in this case is that there is no immediate visual clue that the article is fake or a prank.)

Meanwhile the story is being shared around widely as you can see in the Trendolizer graph at the end of this article. If you notice anyone spreading the rumor around you can help by pointing them to this article here because nobody likes fake news and we don't need riots or unrest based on misguided pranks.