Nearly every presidential family chooses a canine companion to help them settle into the White House. The Obamas have Bo, Jimmy Carter had Grits the dog and Ronald Reagan famously had Rex.

Well now Trump has his dog and he named it John Wayne after the famed cowboy/actor.

Trump is a huge John Wayne fan. He has gone so far as to keep a massive poster of Wayne in the Oval Office. It's rumored that Trump has an extensive John Wayne memorabilia collection.

The story is most likely untrue, for several reasons.

First of all, the picture: 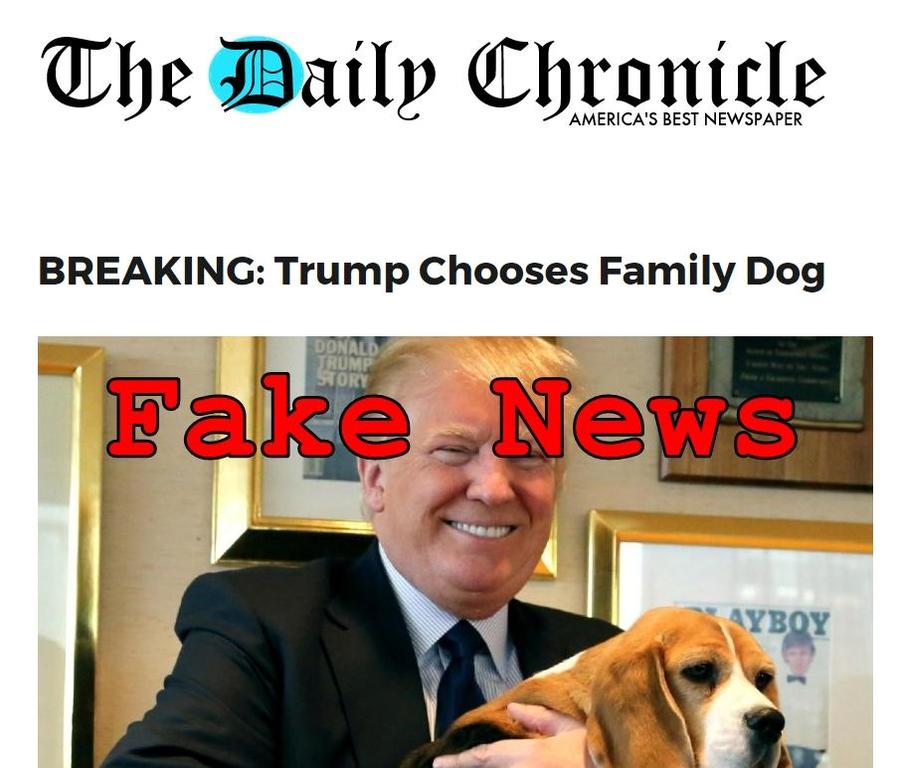 This image is not Trump's dog but a beagle named "Miss P". She won the best in show award at the 2015 Westminster Kennel Club dog show and posed with Donald Trump at Trump tower, an honor that five previous winners of the show have also had.

Secondly, as recently as nine days ago the Washington Post reported that Trump did not have any pets at the White House yet. And no other media outlets have mentioned anything about a dog named John Wayne becoming the First Pooch, so the fact that a site calling itself "America's Best Newspaper" yet sporting a U.K. domain name (thedailychronicle.co.uk) would have the scoop on this is highly unlikely.

Further, some of the materials on this website may be satirical in nature. Satire is protected under the First Amendment as a form of free speech and expression. With the exception of instances in which public figures are being satirized, The Daily Chronicle could use invented names in some of its stories. Any other use of real names is accidental and coincidental.

So we're going to go ahead and call this one fake. But many dog-lovers on Facebook are sharing the story anyway as you can see in the Trendolizer graph at the end of this article. If you see anyone not being a good boy and sharing the article around as if it were true, just send them over here and tell them we have a bone (to pick with the story...)