Prank website was Channel23News was used by someone to post a hoax article titled: "Breaking news....George Zimmerman found dead.". It opens:

A security guard smelled a putrid odor coming from a stall in the women restroom of a Marriott hotel. While surveying the area a person was observed on their knees behind the door. After several unfailed attempts to communicate with the individual local authorities were notified and arrived 20 minutes later. The Orlando Police Dept. entered the area only to discover George Zimmerman, 38 year old Hispanic male, head down in a toilet bowl of feces.

This hasn't been the first time George Zimmerman (the former neighboorhood watchman who shot Trayvon Martin) has been the victim of fake news. There even was another death hoax a while ago (debunked by Snopes) that claimed Zimmerman accidentally shot himself. 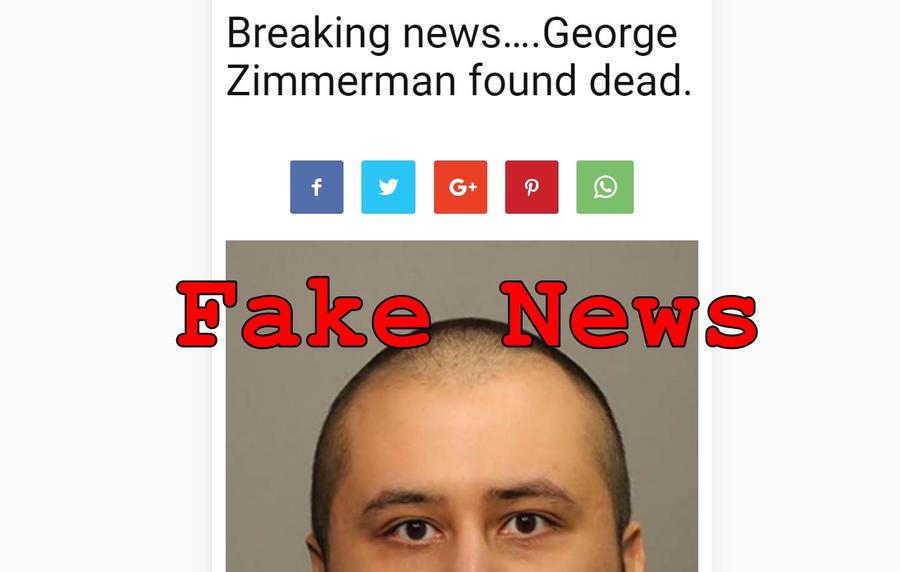 Just like these other times none of it is true. Channel23News is a prank website apparently operated by a Korry Scherer from Milwaukee, WI. according to WHOIS data. The site lets visitors create their own realistic looking fake news stories to prank friends and family.

The so called prank is being shared wildly on Facebook as you can seen in the Trendolizer graph at the end of this article. Don't be fooled by fake news, and send people who do believe the story to be true to this website to get educated!