On June 15th and 16th Lead Stories/Trendolizer was present at a TechForum event in Brussels where fact-checkers and journalists from several European countries came together to discuss fact-checking, debunking and the "fake news" phenomenon. 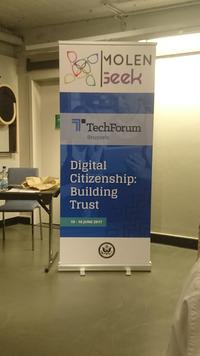 One of the more interesting ideas to come out of a brainstorming session was the realization that the people liking and sharing fake news on Facebook are very hard to reach with conventional fact-checking articles. They often like and share things because they agree with them (often without even clicking the link first) and don't bother Googling first to check if something is actually true.

Furthermore if you point out in the comments that there is a fact-checking article available debunking the claims made by a fake news story they will sometimes get upset and angry at this perceived personal insult or even completely dismiss the debunking article as "propaganda", "mainstream media lies" or "paid shilling".

So, how do you reach these people?

During the brainstorm session it was pointed out that the fake news websites certainly didn't seem to have trouble reaching them. And that's when inspiration struck.

Would a media literacy/debunking site that used the same style and format as fake news websites be able to reach this audience?

We decided to find out...

During a workshop at the conference we knocked together www.forbiddenfacts.com in a few hours. The group wrote several articles using headlines with multiple all caps words and clickbait hooks. The stories themselves were often conspiratorial in nature, pointing out the shadowy cabals of evil foreigners trying to mislead and profit from unsuspecting internet users with their sleazy ads and dirty tricks. The site itself used a cheap Wordpress installation with a crappy-looking design. 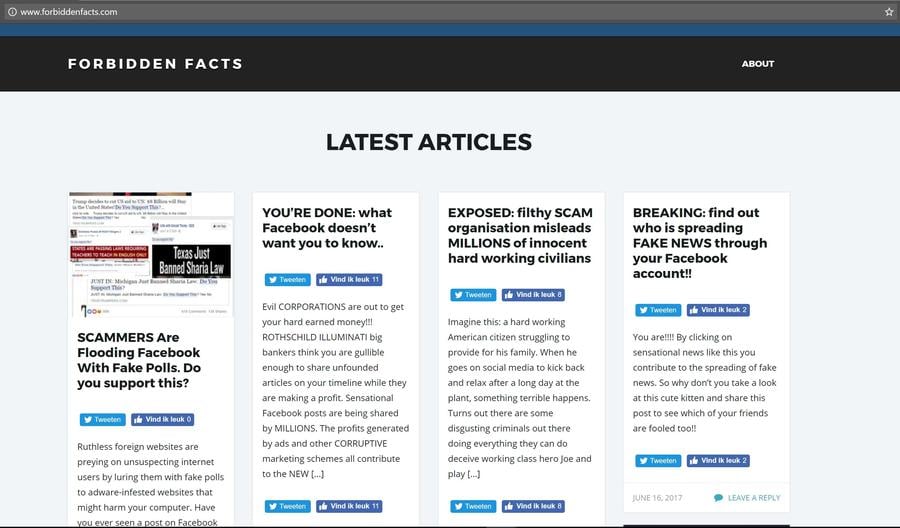 We promoted it by seeding a few articles in half a dozen Facebook groups often used by fake news websites to promote their stories. And in 90 minutes we managed to reach over 750 people. That definitely seems promising.

Over half a dozen people who were part of the original group that created the site have expressed an interest in continuing the site. And they are open to adding more contributors. We will soon have our first online meeting to further flesh out the goals and methods of the project. If you are interested in collaborating or contributing: drop an email to [email protected] and join the fun!