Freehold, NJ -- Christ Christie is back in the news today as reports came in from an area Golden Corral restaurant that the New Jersey governor had shut down the popular family-style buffet restaurant so he could dine in private.

"He just came marching through the doors and started yelling for everyone one to get out," said Freehold, New Jersey Golden Corral salad station manager Jared Heldenswire. "We thought it was some kind of terrorist attack and all the employees started to run out the back door. But then the General Manager told everyone to calm down, that it was just Christie and everyone should return to their stations." 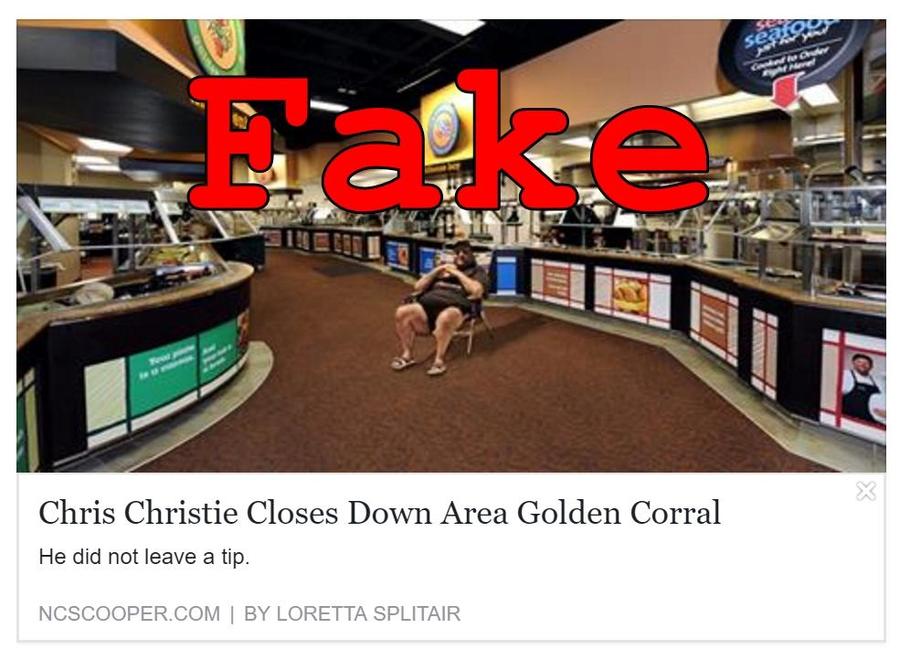 The first hint that the story is fake is in the image. It is clearly a photoshop based on actual photos of Christie at the beach from a recent scandal where he was seen on the beach while having ordered state-run public beaches closed for budget reasons.

The second hint is the disclaimer of the Nevada County Scooper:

But obviously when seeing the story on social media the satire disclaimer is not visible and many people share and like things without even clicking on them, as you can see in the Trendolizer graph at the end of this article. If you notice anyone spreading the joke around while thinking it is real news you can help by pointing them to this article here because nobody likes being fooled.