@AldiUK Well I won't be shopping in Aldi anymore. everyone should retweet this. pic.twitter.com/Oko64gla7T

The image in the tweet (archived here) shows a till in an Aldi supermarket with a printed sign affixed to it that reads "NO ALCOHOL IS ABLE TO BE SERVED ON THIS TILL. SORRY FOR ANY INCONVENIENCE". 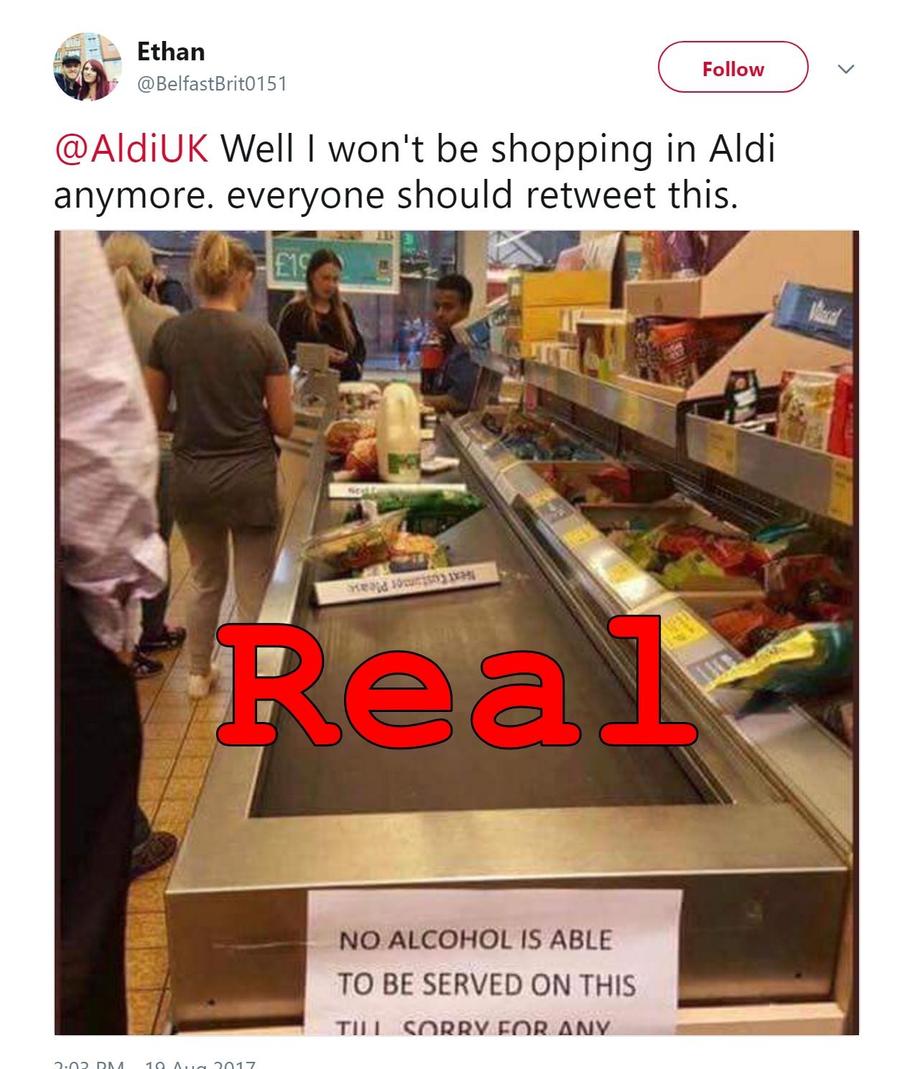 Hi Jay, thanks for your comment. If a colleague raises concerns about a job they have been asked to do, our approach is to try 1/4

and find a solution. In this case we put out a sign on the till, letting customers know that our colleague would not be serving alcohol. 2/4

are placed in the most suitable positions moving forwards. We hope this answers your concerns. 4/4

The exact reasons why this particular Aldi employee is unable to ring up alcohol orders on his or her till are not known at this time. It is also not know if the person manning the till in the picture is the actual person unable or unwilling to ring up alcohol. It is also not clear what is meant by "placed in the most suitable positions moving forwards". It could indicate that the unwilling employee has been moved into a different postion but we haven't received any confirmation about this.

We have reached out to Aldi UK and will update this article if/when we receive a reply.

So far Aldi has not issued any press releases or statements about the incident. Their most recent press release is actually about their whisky range winning several awards:

(31st July 2017) Five of discount supermarket Aldi's own label whiskies have been praised by industry experts, and awarded top medals at the renowned Spirits Business Scotch Whisky Masters - beating off competition from bottles costing more than double the price.

Quite ironic given that one of their own employees is apparently refusing to sell their prize-winning whisky...