Police have confirmed that the leader of the South African political party, Economic Freedom Fighters, Julius Malema is in an induced coma after suffering dramatic injuries following a deadly collision in Pretoria last night.

The story is not true: no other legitimate news websites have reported on it. Malema's political party even tweeted a message to deny the story (and Malema has retweeted it):

The car crash image used with the story is actually from a 2016 car crash. 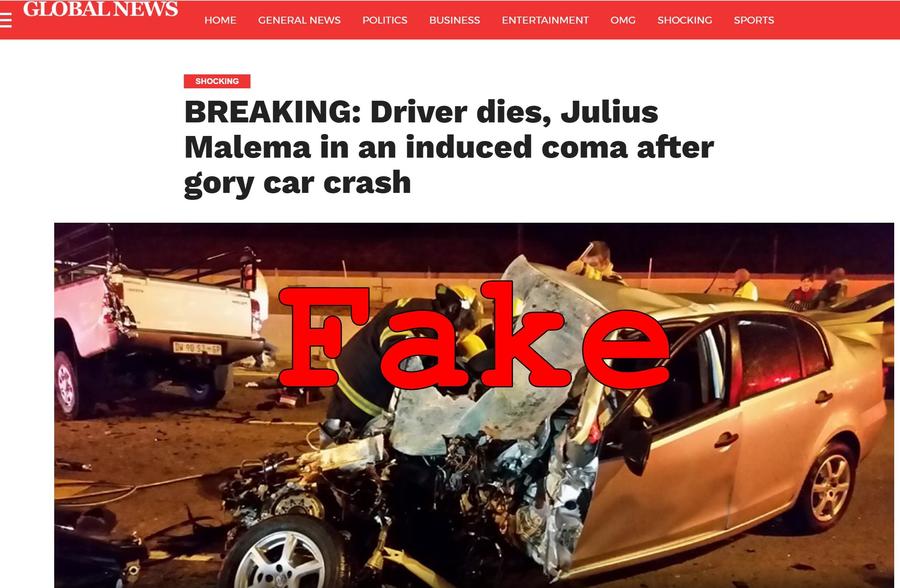 So don't fall for this obvious scam and inform people who are spreading it on social media that they are helping spread fake news.