The satirical website Southend News Network scored a viral hit with an article titled "Man in hospital with collapsed rectum after FORCING OUT POO before Slimming World weigh-in". The article is currently down but it opened:

According to witnesses, Harry Monk was 'desperate' to lose every last ounce before getting himself weighed at the Shaun Goater Sports and Social Club on Fairfax Drive this evening.

A cached copy of the story can be found here. The story probably went viral in part because the original website went down under the deluge of traffic so people only could see the summary of the article on social media so they shared it without seeing it was not actually true after clicking through on the link. 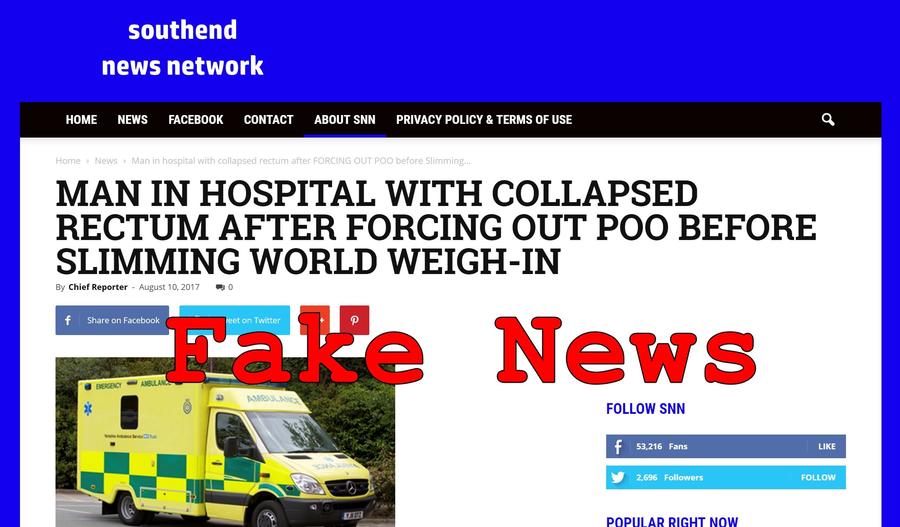 The Southend News Network is a satirical website with following disclaimer on its about page:

Despite the site being down the story is being shared around widely as you can see in the Trendolizer graph at the end of this article. If you notice anyone spreading the hoax as truth you can help by pointing them to this article here because nobody likes being fooled by fake news: that's just shitty.