A fake/satirical site by the name As American As Apple Pie published a story titled "BREAKING: US Senator Charged With 6 Felonies-Dems In A Panic". The same exact story also appeared on News Feed Observer, another fake news website probably operated by the same publishers. The article opened:

Senator Warren Sherman of Vermont says he had no idea what was happening when his charter plane was stopped on a runway at Sanders Field in Burlington late last night. The plane was boarded by the FBI and all of the passengers and crew arrested.

After hours of tearing the plane apart, Senator Sherman faces charges of running an illegal gambling establishment, possession of cocaine, methamphetamine, heroin, ecstacy and marijuana with intent to distribute and facilitating prostitution. Basically, he was flying around in a private 727 with a bunch of rich Democrats in a mobile den of iniquity.

Senator Sherman's office says they regret the news and expect the Senator to answer questions for himself when he's done being processed and interrogated. US Attorney Gil Gabriel of the 2nd District of Washington says Sherman should be in front of a judge for a bail hearing tomorrow.

There is no senator "Warren Sherman" for Vermont, the current sitting senators for Vermont are Bernie Sanders (I) and Patrick Leahy (D). 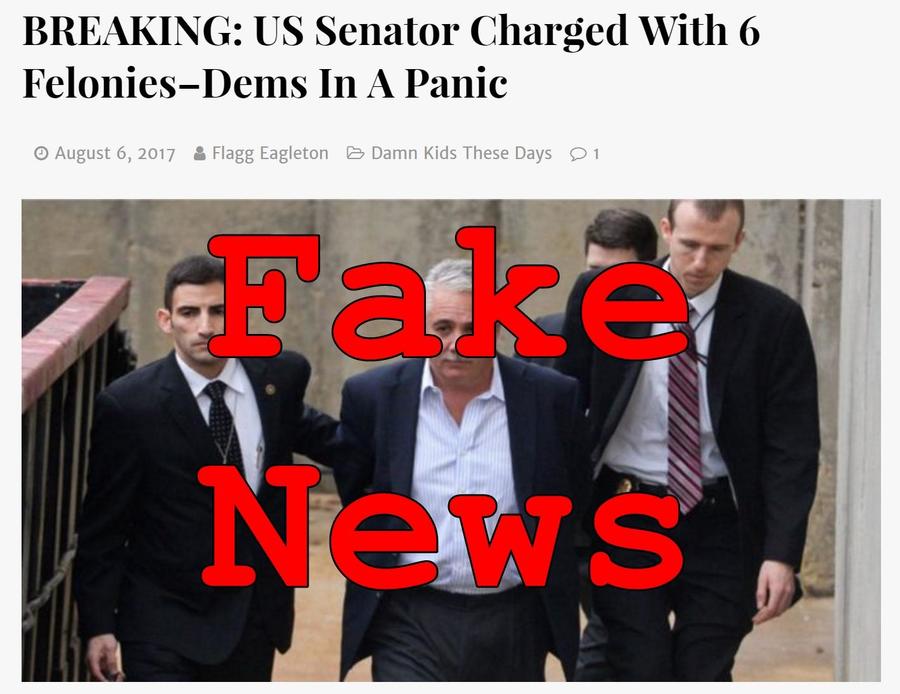 The man in the picture is a James Burke, a police chief who got 46 months back in 2016.

That shouldn't surprise anyone, since As American As Apple Pie carries following satire disclaimer:

When no one can trust the lying fake news liberal media anymore because they hate us and guns and Harley Davidson and meat and OUR president, As American as Apple Pie is here to be your beacon of something you can kinda rely on sometimes but not really.

DISCLAIMER: NewsFeedObserver.com is a satirical publication that may sometimes appear to be telling the truth. We assure you that's not the case. We present fiction as fact and our sources don't actually exist. Names that represent actual people and places are purely coincidental and all images should be considered altered and do not in any way depict reality.

It appears the article is part about a longer series of fake/hoax articles about the fictitious senator. We also found:

The story seems to play to a deeply held wish fullfilment fantasy some conservatives may be harboring and it seems to be working as the Trendolizer graph at the end of this article shows. If you want to warn these people they are being taken advantage of by an unscrupulous website owner looking to cash in with advertising, do send them over here.

Correction: an earlier version of this article listed the actual senators of Virginia instead of the ones from Vermont.