What do strip clubs in Jacksonville, Jackson, San Francisco, New Orleans and Milwaukee have in common? They all had "severe diarrhea incidents" caused by a "tainted buffet".

UPDATE 2: So did Abbotsford, BC.

At least if you believe the fake stories being pushed around that follow this template:

A popular strip club in [LOCATION] has been closed until further notice after several dancers contracted diarrhea last Friday night. The cause of the incident, which remains under investigation, has been initially linked to a contaminated buffet at the venue. While the investigation continues, the venue has not been named.

According to reports by local media, the strip club was nearly full on Friday night when the incident occurred, and both staff and customers were reported to have eaten from the free buffet, which included the usual selection of ribs, chicken and deep-fried shrimp.

While the results of the lab analysis are yet to come back, one source familiar with the investigation told reporters that bad shrimp was the most likely cause of the diarrhea. "Typically shrimp are involved in cases like this, particularly when they are not cleaned thoroughly." 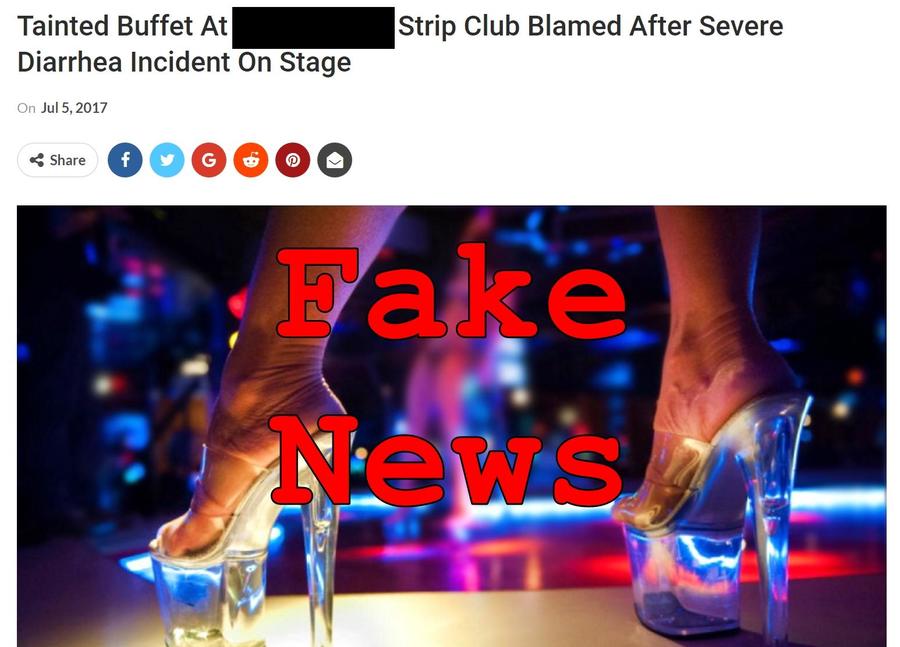 The hoax story is being pushed by a series of websites designed to look like local news outlets. The sites often carry the same fake stories but with the detalis changed to a particular location. For example at least ten sites came out with the same story about a local man having the world's longest penis recently.

At least one of the stories is currently going viral as the Trendolizer graph at the end of this article shows. If you notice anyone spreading this bullshit around you can help by pointing them to this article here because nobody likes being duped by copied fake news.