Donald Trump must have really gotten through to the NFL! After he tweeted on Sunday shaming owners for catering to PC culture while allowing players to disrespect our flag, our country, and our national anthem, everyone fell in line.

The Pittsburgh Steelers thought it would be safe to take "taking a knee" to a whole new level by hiding in the locker room while the National Anthem played and everyone else showed reverence for OUR country but they didn't count on it being extremely costly.

The article then links to a (real) ABC report about Pittsburgh Steelers players not coming out for the the national anthem during a game. The story then continued with some totally made up news:

It was a bad decision. NFL Commissioner Roger Goodell, who donated to Donald Trump's election campaign, announced shortly after the game began that every player who "protested" the National Anthem and showed "immense disrespect to our nation" would be fined a cool million dollars.

No such thing happened. If you were thinking of praising or condemning Roger Goodell for this action, think again because you were taken in by fake news. 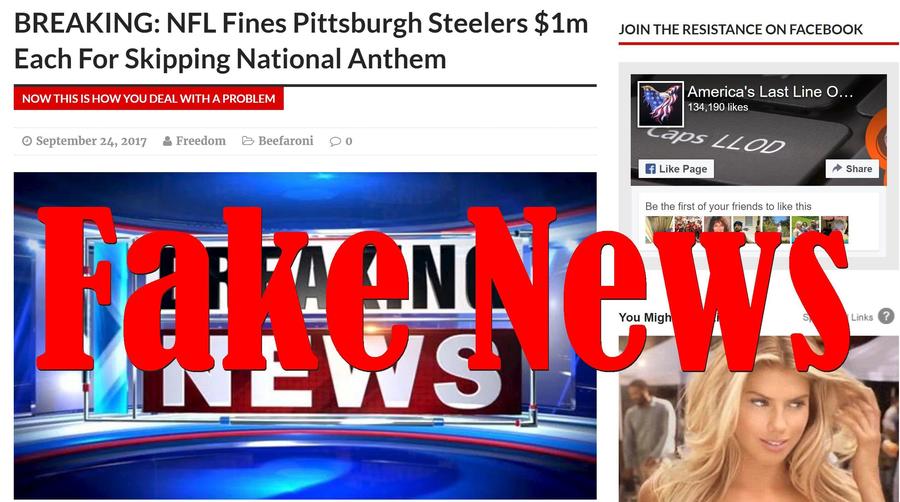