Some random person on the internet used prank website React365 to post an article titled "Evansville twin Bridge collapse". The full text of the hoax read:

One of the twin Bridge in Evansville that crossed the Ohio River into Henderson ky is no more, construction to repair bridge was being done at the time of collapse,workers where removing and replacing old concrete on the bridge that led to bridge falling into the Ohio River around 7:30 this morning the number of vehicles on bridge is unknown at this time

None of it is true. The picture that came with the story actually shows the 2007 collapse of the I35 bridge in Minneapolis. 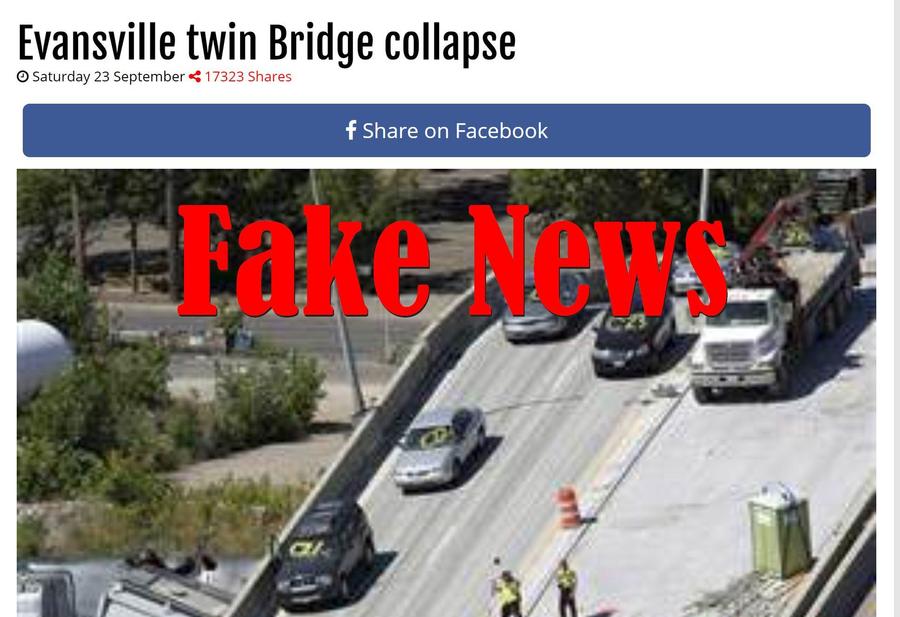