Somebody used the website pagez.com to post an article titled "CONFIRMED: The Office US is returning in 2018!" a few hours ago. It opened:

Last week we heard the news that NBC bosses have given writers the go ahead to create a new season of The Office US. Today, we hear the news that writer, Mindy Kaling is ready to write.

This week has been full of Office news ever since star Jenna Fisher posted an old un-shot episode script on Instagram. Calling out the crew to get back together and shoot!

Her husband in television, John Krasinski, also said he would come back in a heart beat after saying "It was the best years of my life"

Kaling spoke to EW about the decision to do a three part series that will give the fans the answers they desperately crave for the "Where Are They Now" questions. I know I'd love to see how Dwight's beets are doing.

The first part will focus on Steve Carell's iconic role, Michael Scott, and his new life in Colorado with his wife and CHILDREN! The second part will focus on Jim and Pam and their new family life in Austin. The third part will focus on Rainn Wilson's character, the one and only Dwight Schrute, and his life on his beet farm as well as life in Scranton, PA who now occupies the Office now that so many of the original characters have moved away.

If that sounds familiar, it is because the exact same text was posted to Medium.com on March 31st of this year so it could be spread the next day as an April Fools joke. 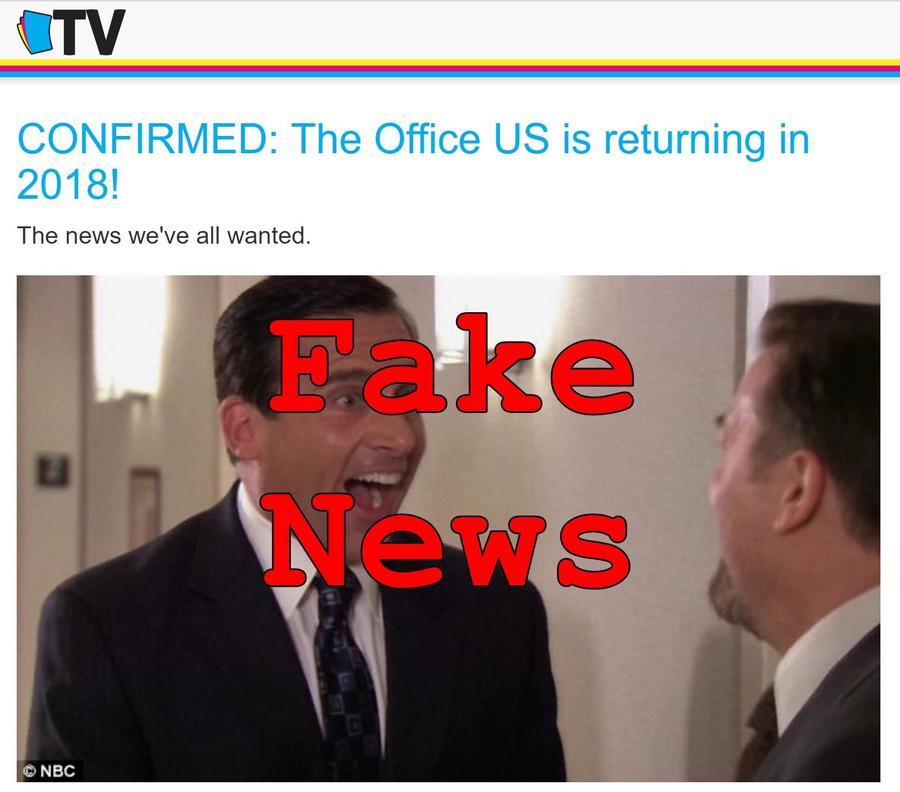 Pagez.com appears to be a website that allows anyone to publish an article and as such does not seem to be a reliable website. The article in question does not carry an author name or link to any sources. And the New York Times reported just a few days ago that Mindy Kaling was hard at work for the sixth season of "The Mindy Project" so it seems unlikely she's also working on new episodes of The Office at the same time.

So we're going to go ahead and call this one fake news.