A fake news website named U.S.A. Daily News Posts published a story (archived here) titled "VIDEO: Ellen DeGeneres And Singer Celine Dion Burns U.S Flag In Front Of Audience. Would You Support Deport Or Arrest Of Them ?" (ed.: broken English left uncorrected on purpose). That is literally the entire content of the article as there is no video or further text included. The story is totally fabricated. No reliable news outlets are reporting on the story, not even the celebrity gossip press (and they would love this). There is no video from the incident either, just one static image: 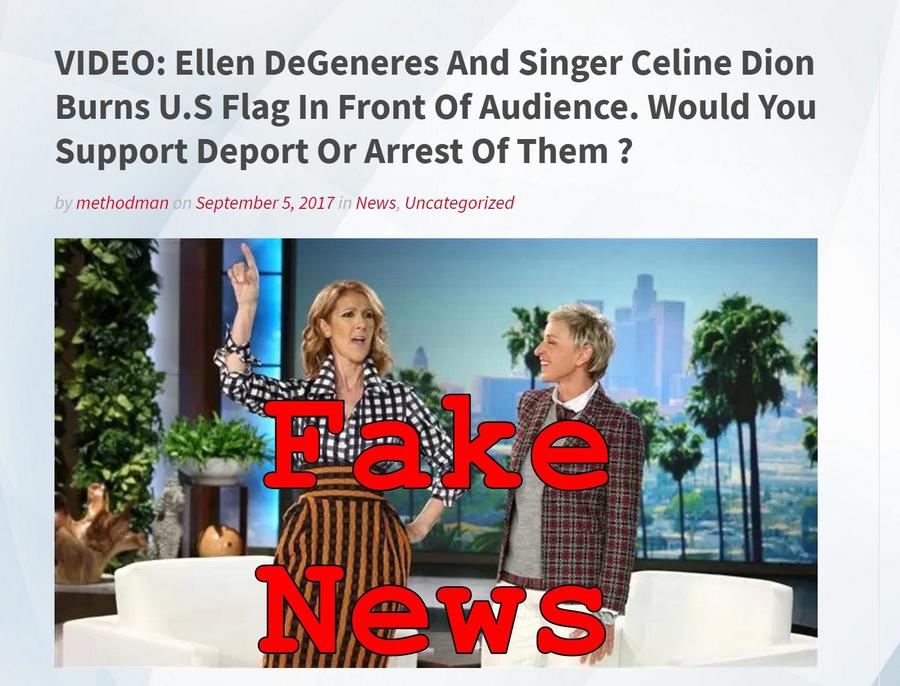 This image seems to be from an interview Ellen did with Celine Dion over a year ago (note the identical outfits):

(No flags were burned during the making of this interview.)

The website that published the hoax is known for posting fake polls and inflammatory articles designed to get people to click literally anywhere on the page. As soon as they do that a deluge of popup ads will open and that is how these scammers make money. The site regularily changes its address to fool social media fake news detection algorithms. Before becoming usadailynewsposts.com it was also operating under following names according to our records:

If you see anyone share this story online you can be sure they were fooled by fake news.