Somebody who probably just smoked some used prank website React365 to post an article titled "Marijuana legalized in VA". The full text of the hoax read:

Govenor Terry McAuliffe passed a law legalizing the use of recreational and medicinal marijuana for the state of Virginia
As of November, first 2017 marijuana will be legal
Overall support for legalize marijuana has hit 64 30 states in the district of Columbia currently have laws broadly legalizing marijuana
I knew Gallup poll released earlier this month shows that a record high percentage of Americans now support legalizing marijuana

None of it is true, obviously. Most of the sentences in the article don't make sense and many aren't even grammatical. Here is the actual overview of Virginia's marijuana laws, you should probably be aware that just posessing the stuff could land you in jail for 30 days or cost you a $500 fine no matter what some prank website on the internet told you. 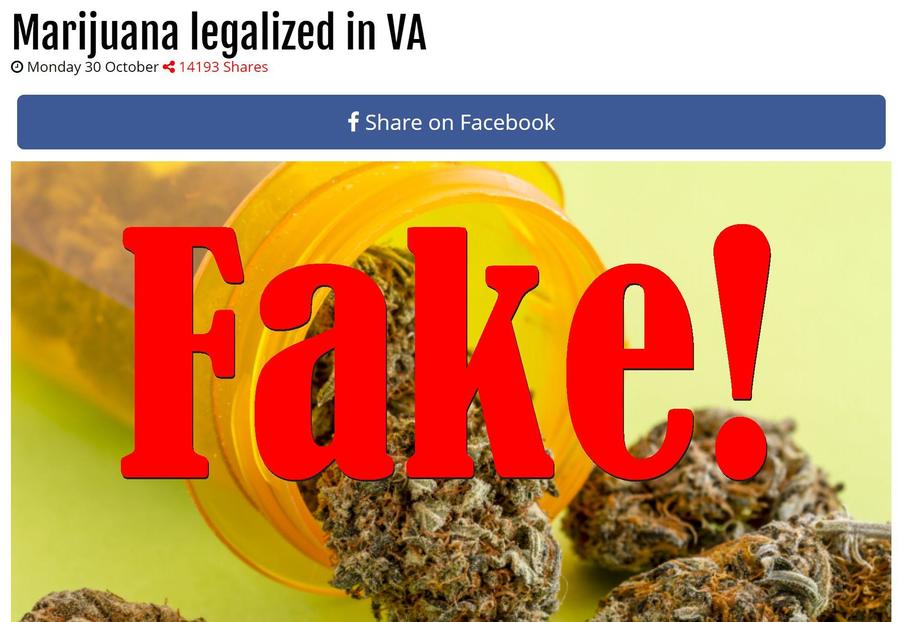 Each article on the site carries a disclaimer at the bottom:

So don't go around smoking marijuana in public in Viriginia based on information you found on this website, you could get into serious legal trouble.