Something fishy is going on. The unarmed security guard who allegedly distracted Las Vegas shooter Stephen Paddock, sustaining a wound to his leg, has completely disappeared. Gone. Vanished.

It then cites an article from the Chicago Tribune and quotes a conspiracy website named Wakeup World to set the stage for this paragraph which is the only bit of the text that is related to the claim in the headline:

Then there's this tidbit from Fox News. It's two sentences, but they're very interesting sentences:

Until last month, Campos worked a second job at the Clinton Foundation's Las Vegas office where he had been providing security services for more than five years.

He resigned suddenly just before the attacks.

A quick Google search (archived here) proves that these sentences don't appear on any Fox News website but only in the article itself. 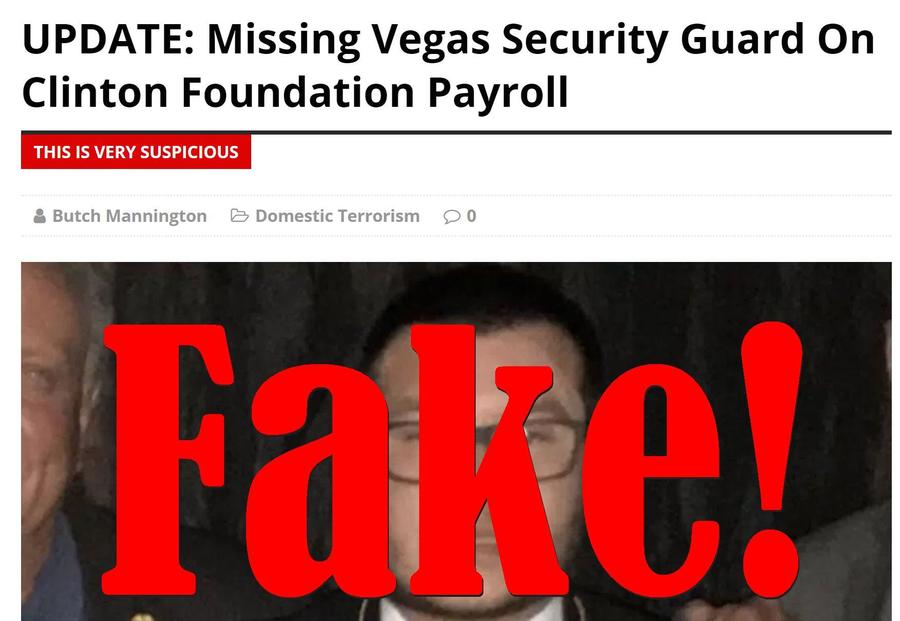 In addition to that Freedum Junkshun carries a satire disclaimer at the bottom of the page which reads:

So we would take the claim about Campos being on the Clinton Foundation Payroll with a very big grain of salt since there is no actual proof for it. The people behind the site are probably just trying to make some money off the people who believe and share conspiracy theories by coming up with a new piece of 'info' that nobody else supposedly has.