A satirical article titled "Man Left With No Internet Discovers Son He Never Knew He Had" from the Waterford Whispers News went viral today. It opened:

ALTHOUGH Storm Ophelia brought ruin and tragedy to many parts of the country yesterday, one Waterford man had an uplifting, emotional experience after discovering that he had a three-year-old son that he'd never met.

Declan Brennan, 36, noticed the child in his Dungarvan home after the internet and electricity services were cut off in the early hours of the storm, when he found himself wandering around with no access to WiFi.

Brennan was stunned when his wife explained that she had given birth to the boy, named James, some three years ago, and that Declan had been present for the conception, pregnancy, birth, and christening of the child, but hadn't noticed any of it due to having his head stuck in his phone, checking the same five websites over and over again.

If you hadn't guessed it yet, the article was totally satirical and the image that accompanies it came from a stock photo website. 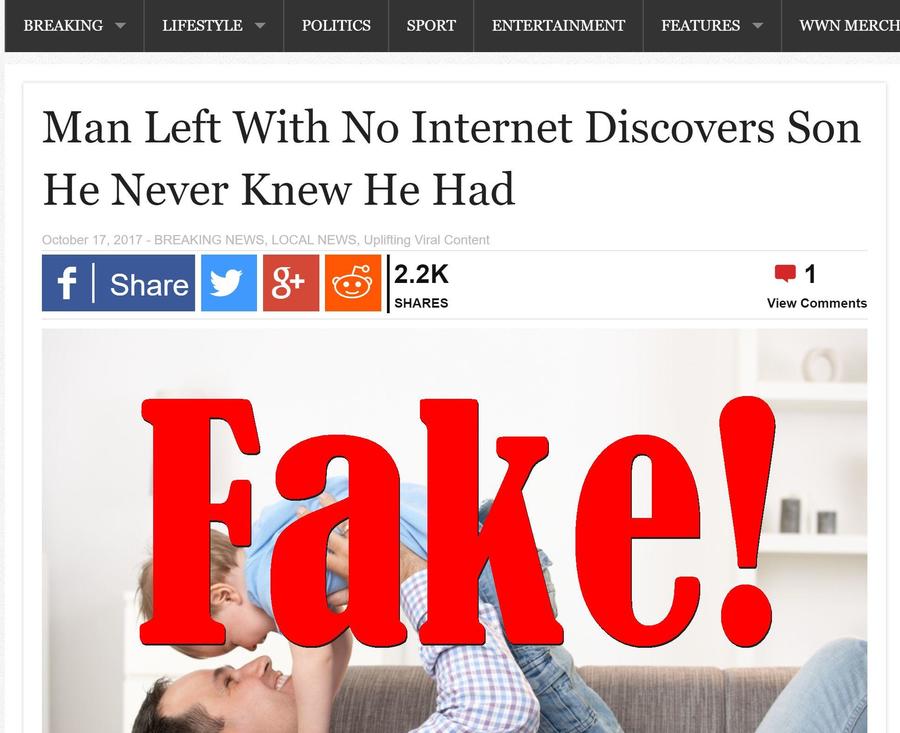 The Waterford Whispers News is a satirical website which carries following disclaimer (quite well hidden on the site):

We had to use the site's search function to find that disclaimer and we couldn't discover any direct link to it on the article page. This fact and the realistic looking layout of the website probably fooled many people into thinking the story was real. Don't be one of them.