A former security guard in a Detroit laboratory has confessed to ejaculating in the sanitized tanks used to produce hydrating face cream on more than 500 occasions over the last three years.

59-year old Larry Gordon was arrested this morning by officers of Detroit Police Department after he was caught on tape and confessed his actions to his employer.

Mr. Gordon spent the last seven years working as a night watch at a lab owned by American Cosmetic Chemicals (ACC), a subcontractor for several companies including Cover Girl, Neutrogena, and Yves Rocher.

He admitted that he was depressed since he got divorced three years ago and that had ejaculated in the reservoirs at least 500 times since then to "avenge himself against women".

Of course the story is fake. It originated on the satirical website World News Daily Report and the man in the picture is not "Larry Gordon" but David E. Brady, a man arrested at a music festival for selling fake drugs. It seems like IdeasFun copied the story but conveniently forgot to mention the source. 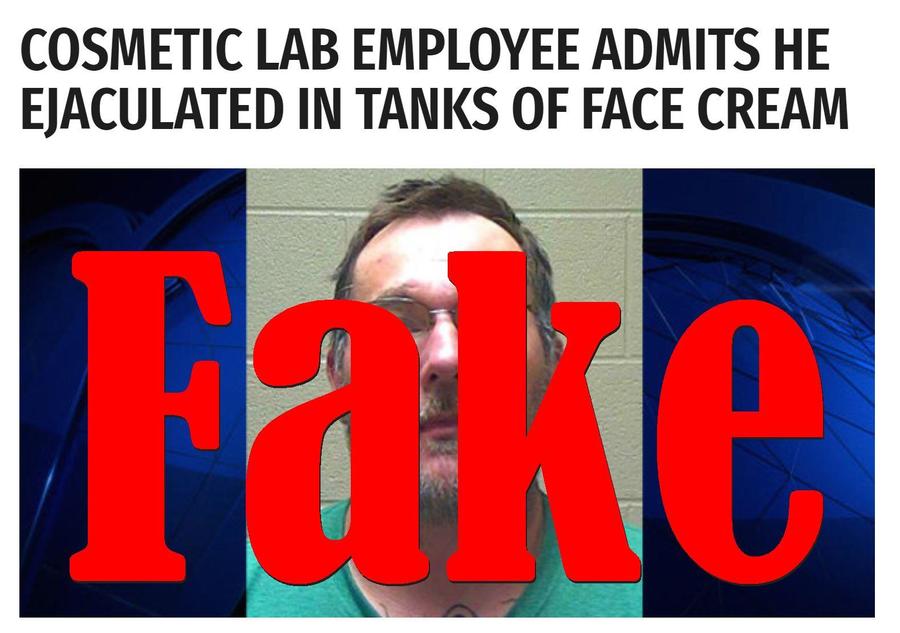